Many of us are working from home to practice social distancing during the COVID-19 pandemic. Home contains distractions, including family members, chores, social media, and many other possible activities. All of us want to be the best worker/parent/person we can be, but managing different tasks and switching seamlessly between them is difficult. The ability you’re […]

From symptoms to biology: shifting definitions of Alzheimer’s disease

As a neuroscientist studying Alzheimer’s, I’m reminded of its far-reaching impact each time a barista, cashier, or Lyft driver makes small talk by asking what I do for a living. Unfortunately, this devastating disease needs no introduction. Considering its ubiquity, it’s surprising that a debate broke out recently among leaders in the field over the […] 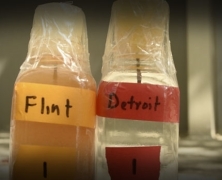 When I first heard about the water crisis in Flint, Michigan, I didn’t have the slightest idea how serious the problem was. Sure, I’d heard that lead was no good for you. I thought back to the day I moved into my first apartment in New York City and the superintendent handed me a pamphlet […] 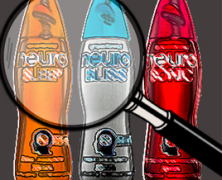 [En Español] It’s not uncommon for beverage advertisements to make far-fetched claims. Coca Cola “calms jumpy nerves,” Vitamin Water is “nutritious,” and Gatorade will turn you into Michael Jordan. Within the past few years, a new brain-branded league of products has entered the beverages aisle, creating conflict within a neuroscientist like me. While I’m excited […]

When I started college, my best friend and I started a regular workout schedule to evade the infamous freshman fifteen. The odds were already out of my favor when I started to work at the dining hall right next to my freshman dorm. We were not as intense as Olympic runner Allyson Felix pictured above. […]