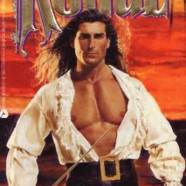 Add A Little Romance (Novel) To This Valentine’s Day- Part 2!

One of my favorite things about reading today’s romance novels (and if you see me reading my Kindle, there’s at least a 75% chance I’m reading one) is that women are no longer confined to the role of society belle or ditzy beauty.  Heroines are becoming just that- women who kick ass mentally as well as physically.  Even in historical romances, heroines are just as likely as heroes to be a pirate, a rogue, a ninja (yes, there are historical ninja romances) or a scientist!

Today I bring you three recommended reads that all feature female scientists. One caveat: I’m only recommending books that I have read and enjoyed myself, and since I tend to prefer historicals, this list only features those.  Many more suggestions can be found in an excellent post at one of my favorite sites, Smart Bitches, Trashy Books.

Sebastian Malheur is an object of public acclaim and anger due to his controversial and almost heretical theories on inheritance- and he doesn’t deserve any of the credit.  All his brilliant scientific discoveries and theories are the work of his closest friend and the woman he’s loved since childhood- Violet, the widowed Countess of Cambury.  Violet is terrified of anyone ever finding out about her scientific work and the ensuing scandal, but she can’t stop her experiments, even when Sebastian refuses to continue with their ruse.  While the science in this book is a few decades ahead of its time (as the author herself admits), it’s a beautiful and moving look at the often overlooked and unknown women who have contributed to scientific progress over the years.  How can I complain about a little historical inaccuracy when it makes for such a wonderful story? 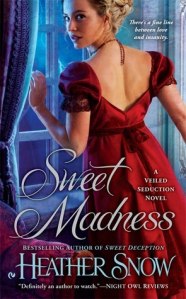 This is the third book in a trilogy that centers around brilliant heroines- the first features a chemist and the second stars a mathematician and criminologist (Snow herself has a chemistry degree).  Penelope, the heroine of this book, is a young widow who has taken to trying to treat men who have come back from the Napoleonic Wars with their minds shattered.  Her latest patient is Gabriel Devereaux, her late husband’s cousin and a former soldier who seems to have gone mad after he returned from war.  Penelope is essentially an early clinical psychologist, attempting to treat PTSD with therapy rather than locking people up in a madhouse.  Gabriel is clearly suffering from PTSD with occasional psychotic episodes that he cannot make sense of.  I really enjoyed seeing how Snow was able to make Penelope’s treatment fit into what was known at the time, and how unlike her earlier heroines, Penelope isn’t a genius or a prodigy- just a very intuitive woman who turned her own trauma into a way to help others. 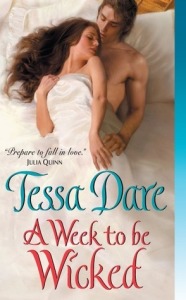 One of the most popular scientific professions for heroes in historical romances is that of a paleontologist, because dinosaurs are just plain awesome.  This book, the second in Dare’s series about the seaside town of Spindle Cove and its unusual inhabitants, features a female geologist who makes a huge discovery in one of the sea caves in the cove- a dinosaur’s footprint.  Minerva Highwood desperately wants to present her finding at the Royal Geological Society of Scotland’s annual meeting.  She also wants to keep the rakish Colin Sandhurst away from her beautiful sister.  She decides to kill two birds with one stone by asking Colin to pretend to elope with her so she can escape her ever-watchful mother and get to Scotland on time for the meeting.  What follows is a Regency road trip with a side of geology and paleontology and a mismatched couple falling in love.  It’s light, it’s fun, and it’s one of my favorite books to reread when I need a pick-me up.

← Add A Little Romance (Novel) To Your Valentine’s Day- Part 1! A science of falling in love? →