Home » Social Psychology » A science of falling in love? 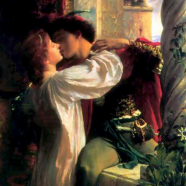 A science of falling in love?

“To fall in love with anyone, do this!” proclaimed the headline of a recent article from the New York Times’ Modern Love column. As a skeptic in everything (and what cognitive scientist wouldn’t be skeptical of such a statement?), it seemed shocking to discover that the secret to falling in love, according to the article, was to answer a series of 36 straightforward, yet personal, questions—with a stranger. And to gaze into their eyes (longingly?) for about four minutes.

These claims were based on not only a personal experience of the author but also on science—or so we would be led to believe. Prof. Arthur Aron, faculty member at Stony Brook University, has built a research program based on understanding closeness formation and interpersonal relationships. In the 1990s, his team put together (presumably with extensive testing) two sets of questions [1]. The first of these comprises the 36 “closeness-generating” questions (later called “fast-friends” questions in subsequent research [2]) referred to by the Times article, designed to encourage the sharing of personal experiences between conversational partners in the service of making them feel closer. Perhaps importantly, these questions gradually increase (across three subsets) in intensity. For instance, the first set asked questions including the following, focusing on personal but largely surface-level information:

2. Would you like to be famous? In what way?
4. What would constitute a “perfect” day for you?
5. When did you last sing to yourself? To someone else?

By the last set of questions, the content matter involved more emotional content and some of the questions are designed to get the two conversational partners thinking of themselves as one unit:

25. Make 3 true “we” statements each. For instance, “We are both in this room feeling…”
30. When did you last cry in front of another person? By yourself?
35. Of all the people in your family, whose death would you find most disturbing? Why?

4. How did you celebrate last Halloween?
13. Describe the last time you went to the zoo.
25. Where did you go to high school? What was your high school like?

“A heterosexual man and woman enter the lab through separate doors. They sit face to face and answer a series of increasingly personal questions. Then they stare silently into each other’s eyes for four minutes. The most tantalizing detail: Six months later, two participants were married. They invited the entire lab to the ceremony.”

As it turns out, the studies reported in the 1997 paper cited by the Times were not run in a lab, but rather in an undergraduate psychology classroom, where same-sex and cross-sex pairings were both employed (because the majority of students were female, there were only female-female same-sex pairings). In the first experiment, the authors carefully paired participants based on pre-experiment questionnaires asking about lifestyle preferences (e.g., smoking) and other attitudes (e.g., preferences about clothing styles).

The authors found higher closeness ratings for the partners that had completed the fast-friends questionnaire compared to the partners that had completed the small-talk questions. (NB: Somewhat interestingly, they didn’t find effects of many other things on these ratings—for instance, it didn’t matter whether the instructions mentioned the closeness manipulation or whether it was likely that the individuals would like each other based on pre-test questionnaires.)

It’s pretty interesting that asking some deeply personal questions can engender a feeling of closeness—and Aron and colleagues have argued that increasing one’s feelings of closeness with another person leads to an extension of the self, that is, viewing the other as part of the self [3], something which could eventually lead to a reduction in outgroup biases against the “other” (something Neuwrite has recently written about) [4]. But what about this falling in love business?

The authors of the initial 36 questions paper remained conservative in their estimates of what their fast-friends task might be doing:

“We think the closeness produced in these studies is experienced as similar in many ways to felt closeness in naturally occurring relationships that develop over time. On the other hand, it seems unlikely that the procedure produces loyalty, dependence, commitment, or other relationship aspects that might take longer to develop.”

Perhaps all we can conclude from Aron and colleagues’ study is that asking people to talk about intimate things can lead them to feel more intimacy—at least in the short-term—but says nothing of falling in love. However, Aron and others have shown, perhaps unsurprisingly, that the key to maintaining such feelings of love may be tied to the presence of continued closeness, including sharing personal stories together with other friends/couples [2]. There’s also some evidence that brain regions rich in oxytocin, a neurochemical known to be important for romantic as well as maternal love, are particularly important long-term relationships [5].

There does seem to be an ounce of truth to the rumor, propagated by recent buzz, that one dyad of undergraduates who went through this manipulation did, in fact, get married. In one article from Wired.com in 2011, Aron reported that his group “…tested an intense version of this with cross-sex couples – and the first ones we tested fell in love and got married. And as of last year, when I last had contact with them, they were still together.”

The science doesn’t quite back it up, but it’s quite the romantic story. Meanwhile, for anyone who is looking to derail a relationship, you should check out the New Yorker’s complementary and completely non-scientific answer to Aron’s fast-friends questions: To Fall Out of Love, Do This.

← Add A Little Romance (Novel) To This Valentine’s Day- Part 2! The Neuroscience of the Spotless Mind →