Fact or Fiction: False Memories from Replicants to Rituals

In Blade Runner’s world, it is the year 2049, and Earth looks substantially different than in 2017. Our fair city of San Diego is a literal garbage dump, crops are unable to grow outdoors, a single corporation dominates all agriculture and industry. The skies of Los Angeles are choked with smog and its streets are filled with gibbering vagrants and roving gangs (okay, so maybe some things have not changed). 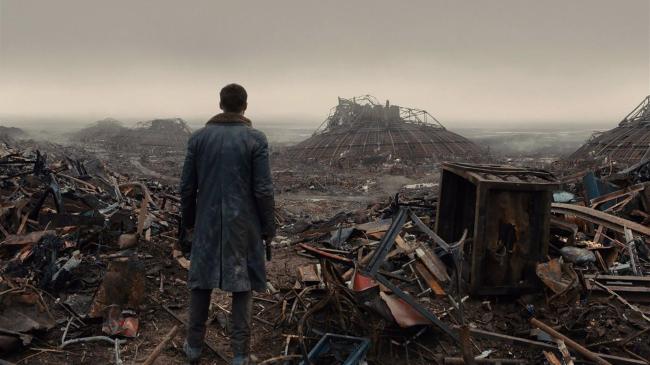 However, the greatest change is a bit harder to see. The world of 2049 is populated by humans and replicants, a slave race of biological androids nearly indistinguishable from humans. They begin life as fully-formed adults, sliding, shivering, feet-first out of a slimy plastic sack, and they wear down and die within four years. Otherwise, they speak like humans, look like humans, move like humans, and even bleed like humans. Their only observable physical difference is a serial number on the whites of their eyes under their eyelids, visible only under ultraviolet light.

For the most part, they act like humans, and they even seem to think like humans, with a few notable exceptions. First, they possess absolute loyalty towards their human creators, unable to disobey any of their commands. Second, they do not normally develop empathy nor strong emotions over their short lifespan. These blunted emotions are one of the only reliable methods to detect living replicants in 2049. Replicants are detected using the “Voight-Kampff” test, a long, disorienting, rapid-fire battery of humiliating statements and emotionally provocative questions; screeners note their response time and pupil dilation, two measures of emotional response in use today [1,2].

The third difference is by far the most notable, but underpins the other two. Replicants in 2049 awaken with a full set of implanted false memories (usually shared by many replicants), simulating a life up to their awakening. These memories are engineered to “cushion” the replicant’s emotions, dulling their emotional responses and teaching the replicant complete obedience and loyalty to humans.

These memories define their ‘personality,’ establish their quirks and mannerisms, and give them a set of events to draw upon to process what is around them. In a sense, those false memories create new identities from scratch. They make replicants more than just flesh-and-blood automata, into beings nearly indistinguishable from people.

2049 is the far future, a world with technology we could now only dream of. These replicants’ false memories are like flying cars, holographic ads, or colonization of other worlds: just another thing we could never expect to see in our lifetime. The prospect of our memories being false is patently absurd, the realm of fiction, not reality.

No, you can do it in real life

In 1980, Michelle Smith wrote Michelle Remembers, a best-selling memoir documenting her ritual sex abuse by a Satanic cult at five years old. It contained plenty of lurid details, intimately describing horrifying scenes of surgical body modification, rape and forced sodomization of children, and desecration of holy objects. Smith did not remember these episodes conventionally, however. Her therapist (and later husband), Lawrence Pazder, instead ‘recovered’ the memories from her, which had apparently been long repressed due to the trauma and intensity of the situations she was put in at such a young age. 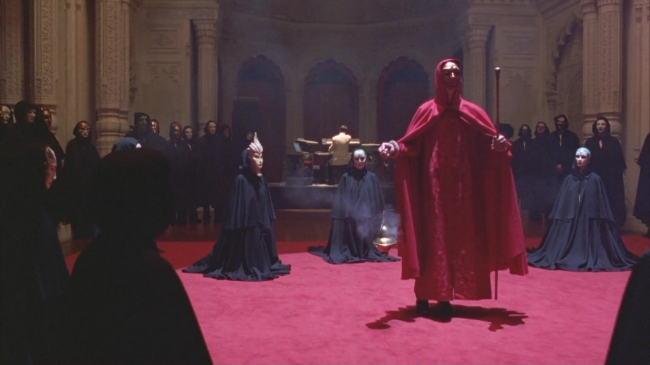 Just a normal afternoon at your typical daycare, according to Smith and Pazder. Source: Eyes Wide Shut (Warner Bros., 1996).

Within a few years, a moral panic erupted. Hundreds of people (mostly parents) soon came forward, alleging children had suffered similar tribulations at the hands of social workers and daycare staff. Smith’s book had seemingly uncovered a gigantic, international Satanic sex cult that had infiltrated childcare facilities around the globe. Based almost entirely on the their testimony, more than 10,000 investigations were launched, resulting in more than a hundred trials, which lead to convictions in half the cases.

Elizabeth Loftus, a psychologist then at the University of Washington (now at UC Irvine), felt a bit skeptical of these memories and wondered whether they were actually real. In 1996, she asked a relatively simple question: could someone remember a specific event that never actually happened? To find out, she worked with a teenager named Chris and his immediate family [3]. In this experiment, he was presented events from his childhood supplied by his family, all true but one. The other was false, but passed off as true: his family wrote a real-sounding story about Chris getting lost in a toy store in his local mall as a small child, becoming scared and crying, before being returned to his family.

As he was asked to recall these experiences again and again, Chris was initially skeptical, but eventually began to remember the experience better and better. By the end of the experience, his false memory was clearer than some of the four real memories, and he could supply details about the memory they had not originally provided. He could describe the store in detail, the clothes he and others wore, and his thoughts at the time, despite none of these details being present in the original story. In other words, he had formed a memory based on the original scenario and filled in the missing details on his own, without realizing the memory was false. When she repeated the procedure with other families, she found that around a third of people tested developed false memories, just like Chris. Thus, it was certainly possible that these memories of satanic abuse ‘recovered’ by psychologists from Michelle Smith and others could have been results of suggestion, not true recall.

Later, police reports eventually showed that the testimonies offered by parents and children were the only substantial piece of evidence for these convictions (police also found no forensic evidence of the rituals the parents and children described), and further investigation also uncovered that Pazder was a devout Christian with a long-running interest in cults; both validated Loftus’s hypothesis. More inconsistencies began to pile up, most involving lack of evidence or unreliable witnesses, and after a series of high-profile acquittals (most notably one in 1990, which lasted six years and became the most expensive criminal trial in American history), the specter of ritual abuse faded and most that had been convicted were eventually released.

However, not a single person noted any changes in the personality of Michelle Smith or other children that supposedly ‘remembered’ these events following the recovery of these memories. While false memories could be implanted, surely using them to alter a person’s behavior in a predictable way is a technology restricted to the far future, right?

No, you can kind of do that today, too

False memories could be used to modify someone’s future behavior today, just like real memories do. For example, many people (but not me, of course) are unable to drink at least one type of alcohol (like Fireball Cinnamon Whiskey, for some people that are not me) after an embarrassing or disgusting incident occurs under its influence (such as texting all of their exes after listening to Marvin’s Room at 1 am, which I definitely did not do).

With the knowledge that these episodes are common and can influence (other) people’s behavior, Loftus’s group attempted to use false versions of these episodes to change alcohol preferences [4]. Here, they used the same design as their mall study, but they replaced the story of being lost in the mall with getting sick after drinking a given type of hard liquor. If a person successfully acquired the false memory, they then became less likely to prefer that type of liquor compared to others. The same procedure could modify preferences for food as well, showing it could work as a general process for behavioral modification [5].

While these highly-specific, situational behavioral modifications are a far cry from something as far-reaching as absolute loyalty, they still show the powerful influence of even a single episode in memory, real or imagined, on our present behavior, personality, and preferences. If that is the effect of implanting a single false memory, imagine the potential effects of implanting many. Perhaps whole traits like loyalty or diligence could be manipulated someday.

Our memories are foundational to our identities, and false memories can therefore construct real changes in identity. It is not inconceivable that far in the future, in 2049, strings of implanted memories could weave a personality from whole cloth, creating a rich, yet fabricated tapestry of a self. For now, though, our memories reflect authentic events, a record of reality erecting a real identity, for better or worse. Or maybe not.