Home » Uncategorized » What’s in an accent? 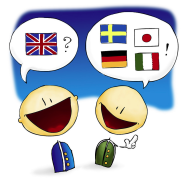 What’s in an accent?

Posted by cdorrier on November 29, 2018 in Uncategorized | Leave a comment

I was born and raised in the South, but never would have described myself as having any sort of accent until I moved to Southern California. Suddenly people could figure out where I was from as soon as I opened my mouth (a fellow SoCal Southerner was correctly able to pinpoint my accent to the Carolinas), and what I considered to be my non-existent accent became a part of my identity. Since then, I have been curious as to why we have accents in the first place and how the brain perceives accented speech.

Why do we have accents?

Accents have been reported for hundreds of years and today are still one of the first indications as to whether a new acquaintance is from a similar area as you or has come from somewhere else. In general, accents can be separated into regional accents, variations in speech of the same language in different geographical areas, and foreign accents, which belong to those who speak a non-native language. Sadly, There is sometimes discrimination towards people with unfamiliar accents, and in the U.S., lawsuits against employers displaying accent discrimination are on the rise [1].

Unlike humans, most animals don’t have regional differences in the sounds that they use to communicate. Research suggests that most animals are born knowing their species’ characteristic sounds and therefore don’t pick up “accents” based on their geographic location. However, some of the animal species that do learn communication methods after birth have regional differences in these dialects similar to accents! These include songbirds that sing different songs based on the location of their birth, and sperm whales that use different clicking patterns based on their ocean of origin [2]. In sperm whales, these different clicks can be used to determine where another sperm whale has come from (similar to in humans) and may reinforce bonds between family members as whales that use similar clicks tend to stick together [2]. 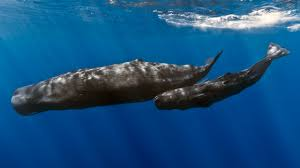 Sperm whales use clicking sounds with regional differences to determine where other whales have come from (source: Wikipedia).

How does the brain perceive accents?

The mechanisms underlying accent recognition in the brain are beginning to be teased out but are still not well understood. Through fMRI studies, neuroscientists have compared the brain regions activated when listening to unaccented and accented speech (in most cases a foreign accent) and found that for the most part, these regions overlap (Figure 1). Brain regions that were more activated when listening to accented speech relative to unaccented speech include the left inferior frontal gyrus, known to be involved in semantic processing (the process by which we encode the meaning of a word), and the left anterior superior temporal sulcus and gyrus, known to be involved in social perception and activated when hearing human voices. Interestingly, the same sets of neurons are activated when listening to a completely foreign language [3]. This does not seem to be the case with regional accents, where brain activity is normalized shortly after hearing the accent [4].

Unsurprisingly, people process speech with a foreign accent more slowly, and have an even more difficult time understanding speech when the accent can’t be recognized [3]. Scientists are still working to understand if the brain regions solely activated during listening to foreign accented speech are accent-specific or just engaged to handle a higher complexity of processing. 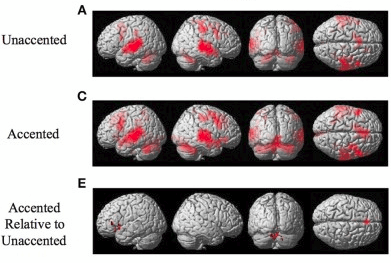 Can accents change over time?

We know from texts written prior to the standardization of spelling that the overall accent of people from a certain place can change over time. In the 1600s, many people in England started pronouncing rs only when followed by a vowel (it is thought that this change began in the elite boarding schools in order to sound more high-class). Since this was after many of the first colonists had already sailed to the Americas, a current American accent in some parts of the US is now closer to the accent that Shakespeare used than the current average London accent [5]!

A single person’s accent can also change throughout their lifetime. Since moving to San Diego and paying more attention to my accent, I have noticed that I talk slightly differently depending on whether I am talking to friends here or to my family back home (with the exception of my constant use of y’all, the world’s greatest pronoun). While my accent has not changed dramatically, imagine waking up one day having a completely different accent from what you’ve had your entire life, making you sound unrecognizable to friends and family! People with foreign accent syndrome (FAS) have experienced just that. FAS is a rare motor speech disorder in which speech alterations cause those affected to be perceived as non-native speakers of their own language. There have been around 60 reported cases of FAS since the early 1900s ranging from a British woman obtaining what was perceived as a Chinese accent after having severe migraines to a Norwegian woman who obtained a German accent following a head injury from shrapnel. Since the latter case occurred during the German occupation of Norway in World War II, this woman was shunned by other Norwegians [6].

FAS generally arises from some sort of neurologic trauma such as a stroke or during the course of a psychiatric illness such as schizophrenia. Following trauma, brain damage is normally localized to brain areas that play a role in speech, such as the regions mentioned above, while in FAS caused by psychiatric illness there is little to no recognizable brain damage [7]. In both cases it has been noted that upon obtaining the new accent patients move their tongue and jaw differently than before, which partly results in the changes in how their accent is perceived. Interestingly, for some patients these differences disappear when they sing [8]! Because this condition is so rare, there haven’t been many extensive brain imaging studies on these patients, but I am excited to keep an eye out for future studies on FAS to see what more we can learn about speech and accent processing!

← What’s app: an insider’s perspective on how to optimize your application to grad school The Platypus: Sensing the Body Electric →