Growing up in Oregon meant I spent lots of time hearing about Sasquatch. Now working in a lab studying monkeys, I’ve spent a lot of time thinking about how different primates are related. While it is undeniable that little evidence has been found to prove Bigfoot roams the wild forests of the Pacific Northwest, perhaps enough prints and descriptions exist that could clue us in to Sasquatch’s evolutionary history. Without passing judgment on the existence of Bigfoot, if he were to exist, where would he fit on the evolutionary tree? 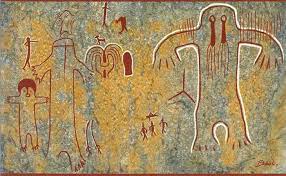 Scientists are constantly updating the tree of evolution, which tracks how animal species are related to each other and when they last shared an ancestor. These trees change based on new evidence about old species or even current species that can better inform scientists on the relatedness of species. Furthermore, new species are constantly being found. While none are as high ticket as the ever-elusive Sasquatch, we can still find new large mammals in remote areas of the world. For instance, in 1992, hunters found horns from a large bovine in Vietnam that had previously not been described. This became the saola Pseudoryx nghetinhensis [1]. In 2003, a new species of African monkey (Lophocebus kipunji) was discovered in southern Tanzania.

Finding new animals, especially mammals, excites the subculture of people searching for or studying cryptids, which are animals rumored to exist. Considered a pseudoscience, cryptozoology has relied on eyewitness accounts and folklore instead of using the scientific method. What happens when we mix the rigorous scientific method with a cryptid as famous as Sasquatch? Can we learn more about where he comes from and how he relates to humans?

How do scientists determine how different animals are related?

In order to determine the evolutionary connections between species, scientists can use two types of evidence: morphology (form and function) and genetics. If two animals share very similar genes and have similar features, they tend to be more closely related than those who do not. Using genetic analysis, scientists can look at the structure of the genome to see what parts carried over or were lost in DNA from species to species. But in cases without genetic evidence, which are most cases when looking at extinct species, the work gets more difficult since there is only morphology to go off of. Different traits evolve at different time periods and these facts can be used to link species together. In the case of Bigfoot and other cryptids, there’s a clear lack of genetic evidence, so linking Sasquatch to other species must be done based off of morphology alone. Luckily, we have enough sightings and alleged footprints to guess where Sasquatch belongs in the family tree.

Sightings from the famous Patterson-Gimlin video [2] and other descriptions of Bigfoot, like those from the Pacific Northwest Native American Tribes [3], describe Sasquatch as an upright biped (walks on two legs), and alleged footprints show he has an extra large big toe. These are all morphological evidence that Bigfoot would be a primate, specifically in the Hominae family alongside humans and fellow apes. 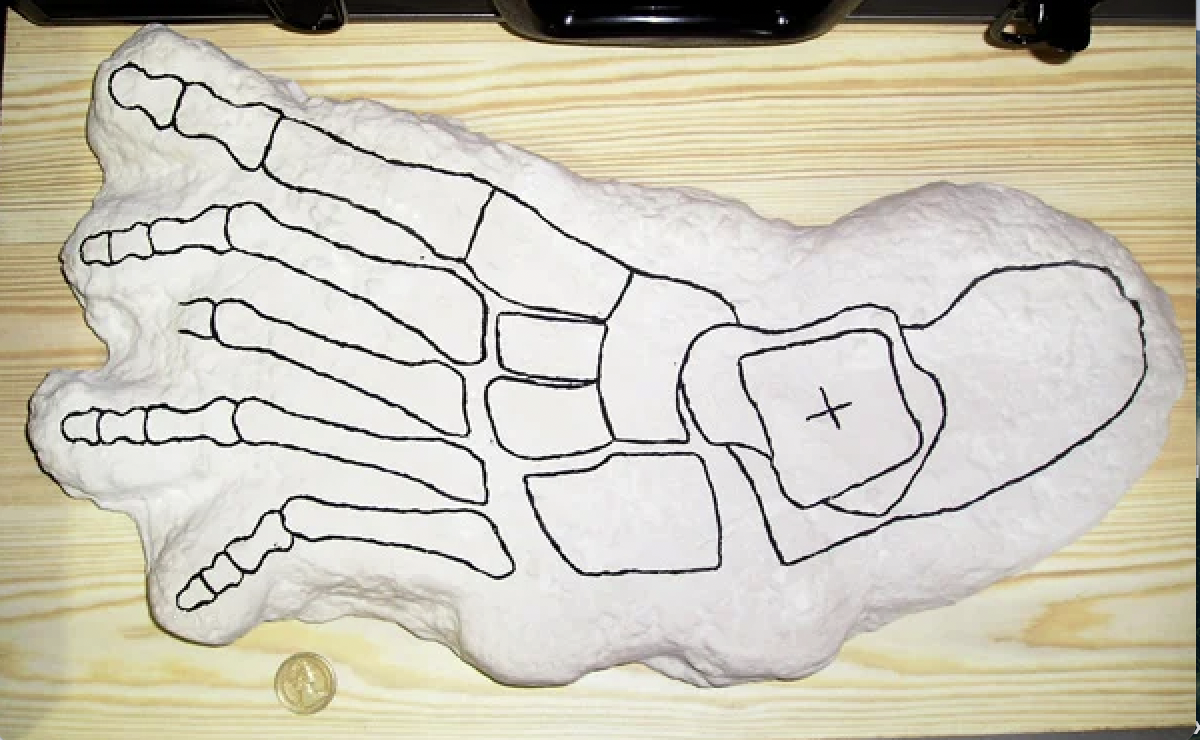 Other evidence for Bigfoot being a primate include communication patterns and territorial displays, including long screeches, low growls, and other “unexplainable sounds” [2]. Many animals are highly communicative and allegations of Bigfoot throwing rocks for communication doesn’t give researchers much to go off of. There are also many descriptions of noises Sasquatches make, so either we have conflicting evidence of the sounds attributable to Bigfoot, or Sasquatches have a large vocabulary.

Additionally, structures of broken and twisted foliage seemingly placed in specific areas have been attributed by some to Bigfoot behavior. In some reports, lodgepole pine and other small trees have been observed bent, uprooted, or stacked in weaved or crisscrossed patterns, leading some to theorize that they are potential territorial markings (ref). In the state of Washington, a team of amateur Bigfoot researchers called the Olympic Project claimed to have discovered a collection of nests. With the help of primatologists, they concluded that they appear to have been created by a primate [4].

Gigantopithecus may have migrated across the Bering land bridge at least 15,000 years ago; however, to date, there have been no fossils found in the Americas. It is not even clear from the fossil record if Gigantopithecus is bipedal or uses all four legs to walk. Thus this theory requires a lot more evidence to be found before being credible. 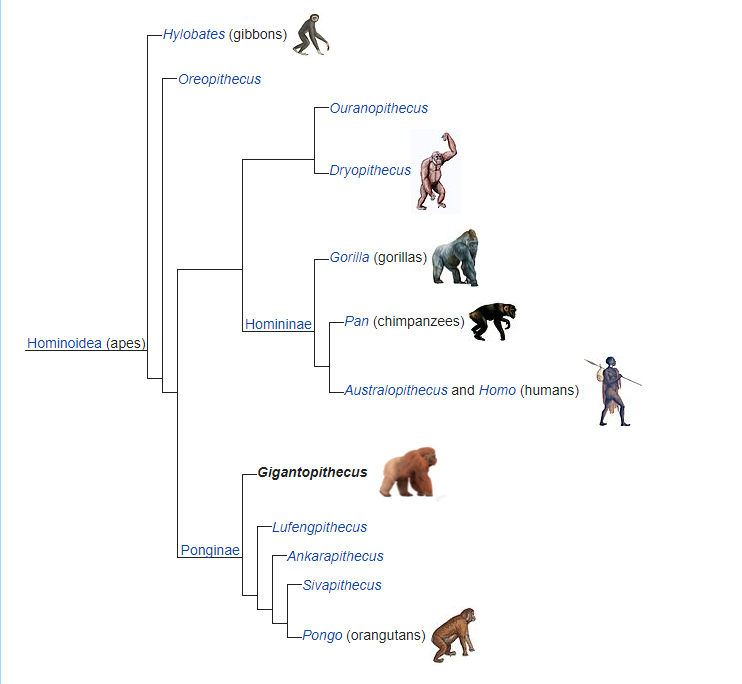 Another theory is that Sasquatch could be related to Meganthropus. Fossil evidence shows that Meganthropus originated in Asia. Interestingly, however, a tooth found near Santa Cruz California claimed to have belonged to Bigfoot closely resembles a Meganthropus tooth. Perhaps this primitive ape also crossed the Bering land bridge.

No Neanderthal or Homo erectus remains or fossils have ever been found in the Americas so there is no real support for the theory that Sasquatch is an ancient hominin. Thus it appears that perhaps the best theory is that Bigfoot belongs to the  Meganthropus species. However, ultimately none of the theories hold any water since none of them have any evidence verifiable by the scientific community. Perhaps we need to wait for Sasquatches to bring us solid evidence, or perhaps (dare I say) Bigfoot isn’t real. But certainly if he was, he would be a primate.

Can cryptozoology be good for science?

Cryptozoology, by nature, is not a real science- no repeatable experiments, no evidence that stands with the experts, easily falsified “proof”- but that doesn’t mean that it is all bad. Cryptozoology can be a good lesson on the scientific method and a way for curious learners to understand how to be critical of evidence presented to them. It can get the public interested in methods that scientists actually do use in the wild to track down other elusive, yet real, animals.

Currently scientists do track down elusive animals with an array of methods. Most interestingly, scientists can take DNA they find in the environment (eDNA) through material shed by organisms whether through scat, fur tufts, skin shed, or whatever material they can find in the soil that may have a DNA trace to show that a particular animal species has been in a given place. So even if a jaguar has not been spotted, they can still find evidence of a jaguar being in the jungle through any eDNA that might be in its poop or any fur shed in the area that tests positive as jaguar DNA. This is an incredibly useful method for finding rare and cryptic species, as well as potentially invasive species, and can even be used to identify species in bodies of water.

Not only can musing about lost animals existing in the few remaining wild spaces of the world be fun, but it can also encourage people’s curiosity about the world, the environment, and how animals can come about. Plenty of weird animals exist in the world that were previously thought to be a hoax- for example, the platypus and okapi. By using correct tools and evidence, scientists were able to prove the existence of these former cryptids.

While there is a whole spectrum of people hunting and researching cryptids, some cryptozoologists regard some mystery animals as likely or plausible because they’ve weighed up the evidence (such as it is), and choose only to endorse those alleged creatures that they think appear to have evidential support while rejecting those that don’t. Their decisions about which evidence serves as ‘acceptable’ might not be acceptable in science, but the processes and conclusions involved show that their approach is not pseudoscientific. Cryptozoologists who publish in the literature even test the observational and data-recalling abilities of other people in order to see which non-biological explanations might explain the monster sightings they claim to make [5].

So while studying cryptids is far from the sciences and its factual evidence often doesn’t hold water with biologists and other scientists, it still encourages scientific thought and can get people interested in the scientific method. Perhaps then, cryptozoology is not bad for science, and the two can exist in separate bubbles peacefully.

How you can try to find Bigfoot

If you are unhappy with my current take on the existence of Sasquatch, do not fret. You can still change my mind and the minds of scientists by bringing out more evidence. Perhaps your best bet is by traveling the Bigfoot trail in Oregon and California. By all means, find the evidence whose lack has turned scientists into skeptics.

← A review: “How Emotions are Made” by Lisa Feldman Barrett Plants: What are they thinking about? →