Home » Cognition » Plants: What are they thinking about?

Plants: What are they thinking about?

As fauna, we look at the floral contemporaries in our lives as little more than living scaffolding: unthinking entities more akin to the truly lifeless- like mountains -compared to us as fast paced, conscious creatures. However, if you’ve ever felt like your house plants were feeling a little neglected after the holiday travels, maybe you’re not too far off. Our advantage seems obvious; billions of years ago our ancestors evolved the neuron, an electrically powered super cell, capable of transmitting information at 120 meters per second, acting in coordination with thousands of compatriots to generate movement, learning, and cognition. Plants have no neurons, and, lacking the basic unit of biological computation, are likened to living factories, serenely oblivious to their surroundings as they convert sunlight and water into the next generation of seedlings. This has always been taken as a matter of fact: any casual observer who has tried to assess the intelligence of a plant has likely not been impressed by a quick wit or much critical thinking. However, some studies have suggested that plants might not be as completely dim as we might assume at first glance, and here we will explore some of the evidence for intelligence in plants.

The larger field of experimental electrophysiology started with the discovery of “animal electricity” in frog legs suspended between copper hooks where electrical current was identified as the stimulus for muscular contraction. With the development of microelectrodes and the ability to record electrical currents inside individual cells, scientists found that neurons at rest have a negative charge relative to their outside environment established by an electrochemical gradient. Stimuli that reduced the size of the electrical potential to a certain threshold will cause a burst in electrical activity, termed action potentials (APs), which have become understood as one of the fundamental information propagating phenomena in neuroscience. Interestingly, these initial observations in animals were reproduced quite rapidly in plants [1]. So called “sensitive plants,” including the sundews, flytraps, and tendrils of climbing plants, were found to have cells with a resting membrane potential and even action potentials in the phloem (vascular tissue in plants similar to veins). APs in plants are propagated through this vascular tissue, and there are two proposed cell types within the vasculature that have channels that could transmit electrical signals: symplasts (specialized cells that connect the cytoplasm of neighboring plant cells) and sieve elements (channels within the phloem that control transport of nutrients and ions) [2]. In the case of the fly trap, it has been widely assumed these APs cause the closure of the trap in a manner similar to nerve-muscle contractions, but this still has not been definitively shown. More recently, scientists have discovered that normal non-sensitive plants including pumpkins have propagating APs, which leads to the question of what information the plant is propagating. Respiration, photosynthesis, pollination, phloem transport, and plant-wide deployment of defenses have all been linked to plant APs, suggesting that electrical signals are important for initiating complex behaviors in plants and animals alike [3]. 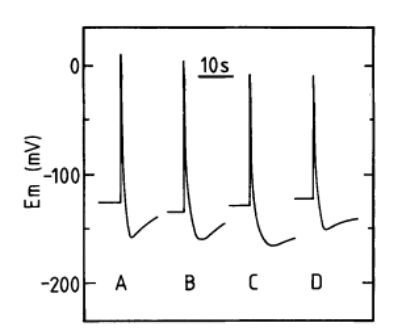 Maybe plants don’t need cognition at all, and instead can rely on manipulating ours. Nature is filled to the brim with examples of plants using chemicals and tricks to take advantage of the mobility and naiveté of us unsuspecting animals. The flowers of the bee orchid emit allomones (a mimic pheromone) that resemble the scent of a female bee from a local species. Not only that, but they also have a specialized flower that resembles a female bee (hubba hubba), fooling nearby males into checking out what must seem to them like an unusually sexy flower and unwittingly making off with pollen for the next generation of orchids [4]. Don’t like pesky herbivores eating all your leaves? The acacia tree has evolved to release chemicals into its sap that make the ant species that typically resides in its canopy more aggressive to foraging mammals. Further, acacia trees have evolved a wood structure that effectively transfers ant-angering vibrations from grazing mammals through the whole tree. For example, if a giraffe comes in for a meal, it causes vibrations that spread through the tree and trigger an ant uproar and assault, minimizing the damage a grazer can do before the ants drive off the intruder. [5] 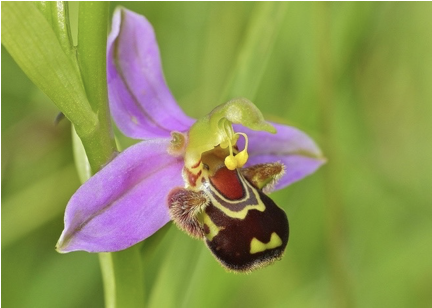 Sometimes plant manipulation of animal behavior can be downright morbid. Tomato plants that are attacked by willow moth caterpillars release chemicals that turn these caterpillars into cannibals. A defensive chemical known as methyl jasmonate is released by distressed tomatoes which causes the plants to produce toxins that make them less nutritious to insects. Since hungry hungry caterpillars will readily turn on their nest mates when food is scarce, this strategy can save crucial biomass for the plants by making them turn on each other earlier for food [5]. 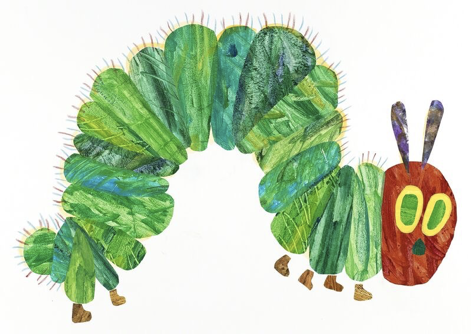 For humans, our ability to effectively communicate information to our neighbors is held in high regard as one of our most impressive cognitive feats. However, plants aren’t too shabby in this regard either. There are many examples of plants responding to animal foraging by warning their neighbors of impending herds. When being grazed, acacia trees release ethylene, a simple gas hormone in plants that serves many functions including ripening fruit (it’s this hormone that causes “one bad apple to spoil the whole bunch”). Ethylene then drifts across the savannah and causes the upregulation of bitter and toxic tannin compounds  in the leaves of trees that haven’t yet been visited by grazers. This can be such a strong reaction that in at least one report, African antelopes have been killed by over foraging on tannic leaves stimulated by nearby neighbors [5].

Perhaps as a child you had the experience of placing your hand on a hot surface and receiving a sharp pain (ouch!). You likely never forgot this experience and remember that hot things = no touching. Plants, too, seem to be capable of responding to these types of stimuli and form a “memory” of the experience. For instance, mechanically interfering with the growth node of the English mandrake shoot can cause the inhibition of the growth of nearby nodes at a considerable distance from the affected tissue. Groups estimate the rate of information transfer to lie within the range of .1 millimeters per second, a bit slow by animal standards to be sure, but information transfer across the plant nonetheless [6]. The mechanism by which this information is being transferred, however, is still a subject of hot debate in the plant cognition field.

One of the earliest experiments suggesting plant memorization comes from the growth of the seedlings of cobblers pegs. Seeds were subjected to an asymmetrical stimulus where one of two sides of the seedlings was pricked with a needle and allowed to recover, or both sides were pricked. This injury was minor, as pricked seedlings grew just as well as their non-pricked counterparts. However, after placement into growth media, plants with asymmetric pricks preferred the non-pricked side, indicating some sort of memory storage of the pricking events [7]. Interestingly, these memories seemed to last a maximum of ~15 days. Maybe there’s a lesson here to be learned from plants about letting go of past trauma. 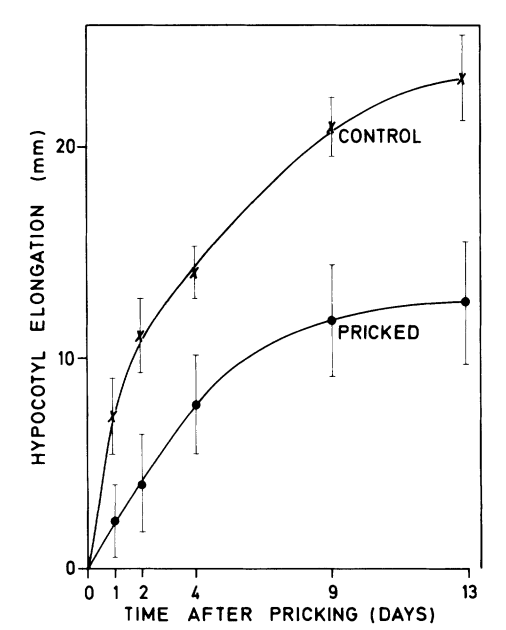 Plants even have examples of memory consolidation that look remarkably similar to what one might expect to observe in animals. The tobacco plant is known to respond to wind stimulation with an immediate increase in cellular calcium, which ultimately triggers growth changes to make the plant more rigid to fierce wind conditions. However, repeated wind stimulation makes the plant cells temporarily refractory to further calcium signaling. This suggests that the plant has somehow encoded the previous wind experience, and is altering its calcium response to the new stimulus based on the previous gust.[8]

Can We Escape Our Animal Centered Cognition?

So what are we to make of this body of evidence for cognition in plants? Even when faced with compelling evidence for equivalent information processing in plants that we observe in animals, it is easy to remain skeptical that plants (like, plants y’all) are really cognizant. There remains a negative stigma attached to plant intelligence that equates it to plant sentience, and the links to parapsychology, paranormal properties, and the types of conversations you’d have with someone selling whippits in the parking lot of a Phish show. Perhaps this is simply another intellectual trap we’ve laid for ourselves in our human/animal centric view of the world. It is unsurprising that the development of cognitive studies based almost entirely in animals would make it easy to exclude plants as sessile and passive. But if the reverse were true and we began with the complicated behaviors plants exhibit as true intelligence, would we animals likewise be considered unthinking?

Ultimately, plants and animals are intimately linked. A sudden explosion in the diversity of plants species during the Devonion, a geologic period beginning 419 million years ago, is postulated to be tied to the emergence of animal dispersal and pollination as a strategy in plants, and we’ve since been through a lot together over the last 419 million years [9]. Whether or not your pothos misses you when you’ve been gone for a trip is hard to tell, but nature has devised many ingenious strategies for processing information that, although a far cry from our animal based intelligence, should be appreciated as sophisticated strategies to react and adapt to the environment around them.