Racism and Birth Inequities, From Biology to Society

Image Credit: UNICEF Black mothers in the US are 3-4x more likely to die from pregnancy-related causes than white mothers (NPR/ProPublica).  In addition, 40.6% of Black births are preterm, compared to 33.1% of white births (CDC).  Compounding evidence suggests that the lived experience of racism in the US, rather than genetics, health behaviors (e.g. smoking), […] 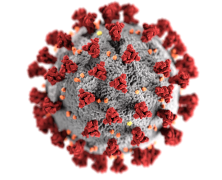 What’s happening in the brain with COVID-19?

[En español] What are the neurological symptoms of COVID-19?  At this point, most of us are familiar with the common symptoms of COVID-19: fever, cough, sore throat, muscle ache, diarrhea, and fatigue. We also know that the worst complications can be pneumonia and acute respiratory distress syndrome.  Acute respiratory distress syndrome can lead to hypoxia […]

How long have we been sleeping?

“J’ai peur du sommeil comme on a peur d’un grand trou, Tout plein de vague horreur…” In his phenomenal ‘Les fleurs du mal’ (‘Flowers of Evil’), Baudelaire promenades through the darkness of the night and with his characteristic gloomy brush, paints sleep as ‘a great hole’ that he fears. This myth surrounding sleep as a […]

[En español] In May of 2018, headlines across the internet warned of a creepy new “brain in a bucket” experiment, in which scientists had “reanimated” the disembodied brains of pigs from slaughterhouses, and surely promised a “living hell” for humans. Very little was known about this study at the time, as the lead scientist, Nenad […]

[En español] The existing technology that assists people with speech disabilities is reliant on brain-computer interfaces which translate eye and facial muscle movements into words. However, this translation is limited in speed – approximately 10 words per minute, which is considerably lower than the rate of naturally produced speech (150 words per minute). The process […]

taste of science: a fest to feed your curiosity

I’m a firm believer that science and beer pair well together. Luckily for me, taste of science San Diego highlights the best of both in a week–long festival. As the city coordinator, I’ve worked with an incredible team to create a festival that provides San Diegans a unique opportunity to get a flavor for the […]

Graduate students have it pretty rough. But we knew what we were getting into — being underpaid for several years in the hopes of contributing to an important scientific discovery and eventually getting that PhD. What we didn’t know was that Congress would draft legislation to make our lives even harder. The version of the […]

There’s nothing funny about a clown in the moonlight – Lon Chaney [En español] With Halloween just around the corner and the latest clown craze hitting American and United Kingdom cities, it seems like a great time to talk about clowns. More specifically, about fear of clowns, which I recently found out there’s a term for: […]

[En español] With the first presidential debate of 2016 quickly approaching, it’s a good time to consider whether your brain has already cast its vote. There is no shortage of articles that imply your political leanings are reflected in your brain’s structure and function (e.g. Is your brain liberal or conservative?—Fox News, Experts say liberal […]

In the beginning: the founding of the Society for Claustrum Research

As the legend goes, in the 1960s a group of researchers across a multitude of disciplines recognized the emergence of a new field of science. New advances and techniques were allowing investigators to at long last peer inside the black box of the mind: the brain. Disgruntled at being labeled as no different from psychologists […]