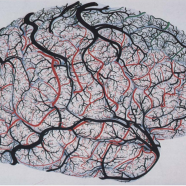 In May of 2018, headlines across the internet warned of a creepy new “brain in a bucket” experiment, in which scientists had “reanimated” the disembodied brains of pigs from slaughterhouses, and surely promised a “living hell” for humans. Very little was known about this study at the time, as the lead scientist, Nenad Sestan, declined to comment until the report was published. Now that the article has been released [1], the time has finally come to understand exactly what these scientists did, and whether it was deserving of the outpour of excitement and concern from both scientists and journalists around the world.

Their published report, titled “Restoration of brain circulation and cellular functions hours post-mortem”, describes the technology they developed to restore brain circulation after death, which they named BrainEx. To do this, they also had to develop a chemical solution to perfuse (or supply as a fluid) into the brain in order to mimic blood flow and deliver oxygen and other nutrients needed for normal functioning. They tested their novel technology and solution on isolated brains of 6-8 month old pigs to determine whether a large mammalian brain has any capacity for restoration after a prolonged time interval after death.

Note: this article focuses on the methodology and results of the published report; if you are interested in learning more about the ethical debates surrounding this study, see my previous post on the topic!

A “simplified” diagram of the BrainEx perfusion device!

You might imagine the BrainEx technology as a sort of dialysis machine; it is a complex setup of pumps and filters that circulate a solution throughout the brain, with the goal of restoring circulation and supplying oxygen and other nutrients to the tissue while preventing the buildup of toxic substances.

The scientists retrieved post-mortem pig brains from USDA-approved food production facilities (i.e. slaughterhouses), so no animals were killed for the purpose of this study. The majority of the brains were isolated 4 hours after death and hooked up to the BrainEx machinery. This involved removing most of the skull and outer protective layers of the brain, while leaving the veins and arteries intact. The BrainEx system was then connected to the arteries to perfuse the brains with their novel BrainEx solution, a control solution, or no solution at all. The BrainEx solution contained components necessary for cellular function, including: vitamins and amino acids, inorganic salts, antibiotics, metabolic factors, and cellular protective agents. The control solution consisted only of inorganic salts and antibiotics (not nearly enough to promote cellular functioning on its own). Perfusions were always performed for 6 hours, resulting in a total post-mortem interval of 10 hours (4 hours after death + 6 hours of perfusion).

In addition to perfusing brains with the BrainEx solution or the control solution, they had two separate groups of brains which underwent no perfusion at all. One of these control groups included brains that were isolated 10 hours after death, and the other included brains taken only 1 hour after death. They then performed several different types of analyses to demonstrate the effects of their technology on the restoration of brain circulation.

First, the researchers demonstrated that their BrainEx solution could restore flow throughout the brain vasculature. One way they did this was by injecting a contrast agent (a substance that helps with visibility in medical imaging by increasing the contrast of the structure it’s in) into the carotid arteries following perfusion with the BrainEx solution, and then examining the spread of this substance throughout the brain.

In the video below, you can see images obtained using a technique called computed tomography angiography, which is used to examine blood vessels in the body. The contrast agent can clearly be seen throughout the brain’s vasculature, demonstrating that the BrainEx solution is indeed flowing throughout the brain’s veins and arteries.

They confirmed this by showing that the BrainEx solution could be seen by eye in the blood vessels on the surface of the brain, and if they compressed and then released a vein, they observed prompt refilling with the solution.

Visual demonstration of blood vessels on the surface of the brain before compression (far left), during compression (second from left), and then 1.4, 2.7, and 3.9 seconds after compression. The vein indicated by the arrowheads can be seen refilling with the BrainEx solution (red)!

Together, these results prove that their technology is capable of at least restoring circulation.

After showing that their BrainEx solution could flow through the brain’s vasculature, mimicking typical circulation, they needed to show what effect this solution actually has on the brain. The ultimate goal of restoring circulation to the brain after death, after all, is to restore some function to the brain itself.

To do this, they first examined neuronal cells in brain areas that are highly susceptible to losses in oxygen and blood after death or stroke. After removing the brains from the BrainEx setup, they took slices from these areas and stained the cell bodies to visualize their overall structure. They found that the brains which had been perfused with BrainEx solution were comparable to brains that were removed from the skull only one hour after death, whereas cells from brains in the other groups showed marked deterioration. These results suggest that they were able to prevent a lot of the damage that occurred in the brains receiving the control solution or those removed from the skull 10 hours after death. This can be seen in the figure below, which shows staining for the hippocampus.

Next, they looked specifically at glial cells, which are extremely important for maintaining homeostasis and providing support and protection for neurons. Intriguingly, their findings were similar to when they examined the neurons; the brains perfused with BrainEx solution showed staining similar to the brains taken only 1 hour after death, while the brains which had received the control solution as well as those taken 10 hours after death showed fragmented signals with signs of cellular destruction. Again, these results suggest that the BrainEx solution is mitigating the consequences of anoxia (a lack of oxygen) and ischemia (inadequate blood supply) on cellular structure after death. After showing that these cells appear healthy to the eye–the next major question was whether they can still function normally. To begin answering this question, they returned to examining the glia. Activation of glial cells, particularly microglia, can lead to inflammation in the brain. To test whether the glia maintained any functionality, the authors injected a solution of molecules called lipopolysaccharides, which have been shown to activate glial cells and result in the release of inflammatory molecules. The brains which had received the BrainEx solution showed an increase in several inflammatory molecules compared to all other groups, suggesting that these cells maintained not only structural integrity, but also some functionality as well!

Next, they wanted to examine whether neurons may still be able to communicate with each other after restoring circulation. First, they looked at the health of the synapses – the gaps between neurons which they use to send electrical and chemical signals to each other. Once again, they found that the structure of the synapse was preserved in the brains perfused with BrainEx solution, similar to those in brains isolated 1 hour after death. On the other hand, the brains receiving control solution and those taken 10 hours after death showed substantial synaptic degradation. Further, the number of vesicles (the compartments neurons use to carry chemical signals across the synapse) was maintained only in the brains perfused with BrainEx solution and those taken 1 hour after death, but was greatly reduced in the other groups. Together, these findings suggest that the cellular structure required for neurons to communicate with each other was preserved under the BrainEx technology.

After confirming the structural integrity of the synapse, the final step for the scientists was to actually measure neuronal activity within a slice of the brain (notably, they were only able to successfully record from the brains perfused with BrainEx solution, as all of the others had enough tissue damage to prevent neuronal activity). They took slices from the hippocampus and used electrodes to record the activity of the cells, and found patterns similar to what they would expect from a fresh brain slice! This suggests that these neurons had regained (or perhaps never fully lost) some functional viability.

However, the authors made a point here to stress that while individual neurons seemed to retain some functionality, monitoring of electrical activity across the surface of the brain using electrodes DID NOT reveal spontaneous global activity. It takes more than small-scale neuronal activity to produce awareness; our brains are extremely complicated organs which generate specific patterns of coordinated, global activity to produce sensations, thoughts, and emotions. This means that, as a whole, these brains were not entirely functional, and there was no possibility that they had restored consciousness. In fact, the scientists made efforts to prevent this possibility by including antagonistic compounds to block certain types of neural activity and also remaining ready to administer anesthesia and lower temperatures in case any signs of global activity emerged.

What does this mean for people?

This research importantly demonstrates that mammalian brains may have greater resilience to restrictions in blood and oxygen, given appropriate interventions, than we have previously appreciated. While we know that people lose consciousness seconds after blood flow to the brain is cut off, and that our brain’s main source of energy runs out within minutes, we may need to begin rethinking what we previously thought was an irreversible chain of events leading to permanent brain damage and death. This has huge implications for bridging the gap between basic research and clinical treatments. If we can study intact, functioning brains as a whole in the lab, perhaps we can better understand how the brain recovers after global anoxia or ischemia. This could allow us to better treat people who suffer from heart attacks or stroke, who may temporarily lose normal blood flow to the brain. Further, we could potentially use tools like this to study brain conditions such as neurodegenerative disease, which may involve impairments in neurovascular functioning. While this kind of technology still requires more testing and optimization, the possibilities are tremendously exciting!

← Speech Synthesis from Brain Activity Exosomes: Helping you stay in touch with your trillions of closest friends. →