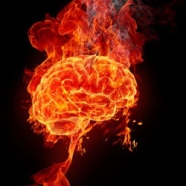 As author William F. Allman puts it in his book Apprentices of Wonder: “the brain is a monstrous beautiful mess.” Thanks to the brain, we are who we are and we do what we do. Now can you imagine your brain failing you, turning against you and becoming your worst enemy? That is exactly what happened to Susanna Cahalan when she went from being a happy 24-year-old New York Post reporter to suddenly and inexplicably going mad. 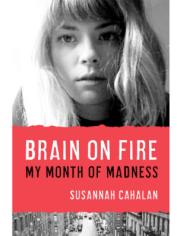 In Brain on Fire, Cahalan narrates her journey from hell and back, reconstructing her month of madness using videotapes and interviews with doctors, friends, and family. It all begins with her displaying some bizarre behaviors like difficulty writing (she is a writer!), intense mood swings and insomnia. These symptoms might have been due to the stress from her job as a reporter, but then came the terrifying hallucinations and full-blown delusions such as believing her dad killed his wife, paranoia and a seizure that leads to her hospitalization. At that point, she starts rapidly deteriorating physically and mentally, entering a downward spiral of madness and losing her sense of identity completely. Cahalan spends a month in the hospital until the life-saving diagnosis, but it takes her a lot longer to recover her identity (if she ever actually does).

In her own words, “There are changes, but it’s more like a step to the left than an overhaul of my being. I talk fast again, can do my job with ease, feel comfortable in my own skin, and recognize myself in pictures. However, when I look at photographs taken of me ‘post’, versus pictures of me ‘pre’, there is something altered, something lost — or gained, I can’t tell — when I look into my eyes.”

Because her initial dramatic psychotic symptoms overshadowed other neurological deficits, she initially got a psychiatric diagnosis. First it was bipolar disorder, then schizophrenia, and later, a combination of both: namely, schizoaffective disorder. Luckily, thanks to one terrifying seizure that bears an uncanny resemblance to that chilling scene in The Exorcist, she ended up in a specialized neurological hospital (as opposed to a psychiatric ward). That meant that doctors there were more likely to look for neurological problems rather than psychiatric ones. In other words, they were actually gonna look inside her brain there.

The titular moment of the book is when a doctor tells her family “Her brain is on fire.” Can a brain be on fire? Turns out it can. What the doctor really means is that her brain is inflamed. The term inflammation comes from the Latin word “inflammare,” which means to set on fire. Inflammation is a complex biological immune process that our body undergoes in an attempt to self-protect against harmful stimuli by eliminating the cause and beginning a healing process. The typical symptoms of inflammation are redness, swelling, pain and heat. Inflammation can occur in any part of your body, including your brain — in which case, it is called encephalitis. Most people who suffer from encephalitis show mild flu-like symptoms that include headache, fever, or fatigue. More-serious cases show a wide range of symptoms that can include pretty much anything the brain is responsible for, leading to confused thinking, hallucinations, seizures, problems with speech or hearing, double vision, loss of sensation or paralysis, etc. While the vast majority of cases recover within a few weeks with no major complications, severe encephalitis can be life-threatening [1].

The diagnosis of encephalitis relies on a good initial medical history and identification of the symptoms. Doctors then use more precise and decisive diagnostic tests such as brain imaging, to potentially reveal swelling of the brain, or a spinal tap, to look for signs of inflammation in the fluid that surrounds the brain. Given that encephalitis has a variable presentation of symptoms and causes and because brain scans and spinal taps can fail to detect it, diagnosis of the disease can be tricky. In particular, Cahalan suffers from a very specific type of encephalitis that has only been diagnosed in about 200 people throughout the world. She relates her family’s, her doctor’s and her own frustration as blood tests, MRI, EEG, spinal taps and so on, come back negative and explain none of her symptoms.

The key diagnostic tool comes from a gifted out-of-the box neurologist, nicknamed Dr. House in the book, and consists of a simple drawing of a clock. The clock-drawing test is a diagnostic test to screen for neurological problems and commonly used in disorders such as stroke or Alzheimer’s disease, since it provides helpful insights into a person’s cognitive ability. The patient is asked to draw a circle in a piece of paper and put the numbers 1-12 in the clock, and sometimes they are asked to represent a specific time as well [2].

Figure 1. Examples of clock-draw test in a cognitively normal person (a) and two patients with Alzheimer’s disease (b,c).  Subjects were asked to draw the clock and write 1-12 numbers as well as draw the hands at a fixed time, 10 after 11. Modified from article.

Now, below is the clock Cahalan drew that sent her doctor down the right track to finally diagnose her disease. She squished all 12 numbers in the right side of the clock, which indicated that the right side of the brain, responsible for seeing the left side of that clock, was impaired. This pointed towards a somewhat focalized lesion in her brain as opposed to a more generalized damage that one will expect to see in a psychiatric disorder. 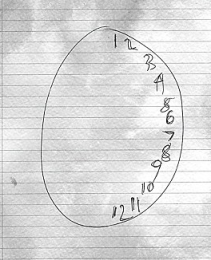 “Beaming, Dr Najjar grabbed the paper, showed it to my parents and explained what this meant. This was finally the clue that everyone had been searching for. It didn’t involve fancy machinery or invasive tests, only pen and paper”.

Brain on Fire is an excellent representation of the diagnostic ordeal of an individual with an unknown or rare disease. Cahalan was, in the end, very lucky. Lucky that because of that one seizure, she ended up in the hands of a neurological team instead of being admitted to a psychiatric ward. Lucky that her doctor decided to perform that unusual old-school clock test that finally gave her a diagnosis. Her decision to come forward with her experience, reliving, reanalyzing, and narrating every single day of the torturous process she went through, is intended to help others have the same good fortune and raise awareness of such rare diseases in the medical community as well as for the general public.

One then can’t help but wonder how many rare diseases like this one go undiagnosed or misdiagnosed, and how many patients end up in psychiatric institutions left to lose their minds while there might be some treatment out there for them. The World Health Organization defines a neurological disorder as a disease of the nervous system and a psychiatric illness as a disorder that manifests as abnormalities of thought, feeling, or behavior [3]. As you can see, the division between the two fields does not sound very clear. There exists a somewhat false dichotomy between psychiatric and neurological disorders, but in fact, the so-called psychiatric disorders might just be neurological problems that we have not figured out the cause of yet or that are far too complex to find a specific cause. This book touches upon the implications of neurological diseases having symptoms and behaviors that are almost indistinguishable from psychiatric disorders and how it is extremely important for psychiatrists and neurologists to join forces in avoiding falling prey to misdiagnoses. Thankfully, the government-funded Undiagnosed Diseases Program, whose mission is to help patients with rare diseases, has expanded and received increasing attention in the last years.

The book is also a great platform for readers, both neuroscientists and not, to think about the essence and complexity of the brain and the deepest part of one self — personality, memory and identity — and to consider how quickly the knowledge of who we are or how we act can be radically altered. And the brain is in control of it all. If the brain changes, so do we. It is fascinating how, at the beginning of the book, Cahalan doesn’t know why she acts like she does. She is never sure whether a disease is driving her crazy behaviors or if she is possessed or if it is just the result of stress.

“We felt deeply comfortable together, generally happy, safe, and trusting. As I lay there, however, I was suddenly, unexpectedly, hit with one overpowering thought: Read his e-mails. This irrational jealousy was wholly unlike me, I had never even been tempted to intellectually trespass like this. But without really considering what I was doing, I opened his MacBook and began to scroll down his inbox. […] I never act like this, I thought, disgusted. What is wrong with me? I have never in my life snooped through a boyfriend’s things.”

Even at the very end of the book, when she is chronicling her slow recovery, very subtle changes or behaviors — like seeing brighter than normal colors in the subway — fill her with a fear that she might be going crazy again. That her brain might be failing her again.

Her writing style, her persistence to leave no stone unturned and dig deep and deeper in an effort to understand the disease, and her sincerity regarding the ways in which this experience changed her and her relationships with family and friends all make for a stunning story that is impossible to put down. From the perspective of people who love #scicomm, her approach to the medical terminology and scientific explanations on how the brain works are remarkable. So I highly recommend this book for your summer reading, and be on the lookout — the movie is coming out this year!

[3] WHO on Mental disorders: http://www.who.int/mediacentre/factsheets/fs396/en/

← #TriggerWarning: Life After Trauma To improve your memory, try to get some space. →