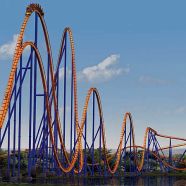 Posted by Drew Schreiner on June 1, 2017 in Animals, Behavioral Neuroscience | Leave a comment

Have you ever heard about the distinction between Type 1 and Type 2 fun?  Don’t worry, this isn’t some scientific attempt to quantify fun and render it anything but.  Type 1 fun is basically anything you do that is actually fun.  Playing with puppies, hanging out with friends, annoying your significant other – that sort of thing.  On the other hand, type 2 fun is something that is fun only in retrospect.  For instance, while I am hiking up a difficult mountain, I might be absolutely miserable, yet when I look back on it later, I think to myself “That was fun!”  What is more, I might value the experience and the achievement more. 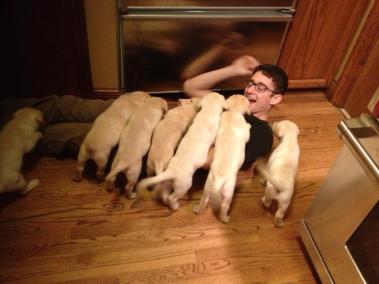 It’s almost common sense that people will value something more if they worked harder for it.  There are a million examples of this theme in popular culture.  The poor kid who works after school to afford a car vs. the rich kid who has a car handed to him.  The student who studies 80 hours and passes a test vs. the student who skates through without studying.  Similarly, if you ask someone what their proudest accomplishment is, more often than not it will be something that was difficult to achieve.  But why?

Psychologists back in the 1950’s proposed that the fact that we value the difficult things more than the easy ones, arises largely due to cognitive dissonance [1].  In cognitive dissonance, there is a disconnect between your beliefs and your behavior.  For instance, I may believe myself to be great at math, yet despite this belief, I seem to consistently fail tests in math class.  In order to reconcile this dichotomy, I might decide that I am great at math; the reason I’m failing is because the professor hates me and is writing unfairly difficult tests!

How does cognitive dissonance fit into over-valuing difficult things?  Essentially, this hypothesis supposes that we value the hard stuff more in order to justify to ourselves the amount of time and effort we devoted to the task [2]. For instance: surely I wouldn’t have spent so much time getting that degree if getting it wasn’t worth it…right?  Though this “justification of effort” theory may make us uncomfortable, it does appear to explain why we value difficult things more than easy things. But there may be a simpler explanation.

Though largely dormant since the 1950’s, this question has recently seen a resurgence.  Interestingly, several groups of scientists have found that animals also appear to value rewards that were more difficult to attain.  For instance, a group of researchers trained mice to press two levers for two different rewards.  One lever required only a single press for the reward, while the other required many presses.  After mice were trained on this task for several days, the researchers found that mice actually preferred the reward that was paired with the more difficult task (that is, they ate more of it when given a choice between the two options), even if they had initially preferred the other reward [3]! Similar results have been found in pigeons [4].  The justification of effort hypothesis can’t really account for these results since, as the authors of a recent review on the topic state, pigeons are “animals not typically thought to need to justify their behavior to themselves or others [5].”  Indeed, pigeons are notorious for their laissez faire attitude

Instead, it has been proposed that the reason pigeons, mice, and people value difficult things more is simply due to contrast.  Essentially, if something is difficult and requires more effort and energy, that will necessarily decrease your subjective well-being.  Because there is this depression, any reward you do obtain appears greater in contrast to the amount of effort you devoted to achieve it.  Indeed even the same reward will seem more rewarding if you had to work harder to achieve it because of this contrast. Put another way, this is basically the difference between hiking a 6,000 foot mountain in Colorado, where you start the hike at 5,000 feet high, as opposed to a mythical 6,000 foot mountain in Florida, where you start from sea level.  Though the absolute height is no different, the relative height is.

Though this contrast idea doesn’t disprove that humans justify their effort, it does demonstrate that simpler mechanisms might in part explain the effect effort has on our own valuation.  Since this effort effect has been observed in animals, an interesting question to ask is, why does it exist in the first place?  It has been proposed that animals will overvalue rewards that were difficult in order to improve their survival in environments with scarce resources [3].  Essentially, if food is rare and therefore hard to acquire, it benefits an animal to really value and enjoy that food so they are more likely to work for it and persist in marginal environments.  Of course evolutionary claims must be interpreted with a healthy degree of skepticism since they are difficult to test.

Still, this contrast hypothesis makes an intuitive sort of sense.  How often have you heard some variation on the notion that life’s “down” moments give the “up” moments true meaning, that we wouldn’t appreciate the good without the bad?  This is in some sense a restatement of contrast: life’s highs seem all the higher when  compared to its lows.