DISCLAIMER: This article is for informational purposes only and is not intended to promote or condone the purchase, possession, sale, or consumption of any illicit substances.

BEEP. BEEP. BEEP. Your alarm goes off, you hit snooze a few times, then roll over and drag yourself out of bed to make some coffee. It’s just another weekday, and like every weekday, you’re auto-piloting your way through your morning routine before heading to work. You brush your teeth, get dressed, pack your bag, and head out the door…Oh wait! You almost forgot. You rush back upstairs to take your LSD.

Sound crazy? Believe it or not, for some working professionals it’s a reality, a daily or weekly ritual that they claim enhances their productivity, eases their anxiety, or encourages their creativity. Termed “microdosing”, the practice of ingesting tiny amounts of psychedelic substance in a controlled, systematic way, is a relatively new phenomenon that has gained increased attention and interest over the past few years [1][2][3]. 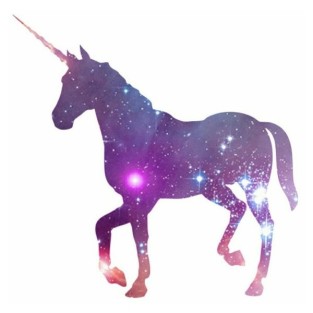 In case you’re freaking out at the possibility that your coworkers might be taking psychedelic substances before coming into work, rest assured they’re probably not seeing rainbow fractals or melting unicorns. In fact,“microdosing” refers to the use of exceptionally small, sub-perceptual doses of psychedelic drugs to promote focus, creativity, and increased energy. In other words, people who practice microdosing don’t consciously experience the hallucinogenic, emotional, and physical effects that might be present at a typical recreational dose. Even though the effects of these substances aren’t noticeable in a microdose, some people claim that taking microdoses of the same drug at regular intervals has helped ease their anxiety, treat their depression, and even made them more productive at work[4].

But is there any merit to these claims? Though psychedelics have been used recreationally for decades and medicinally for millennia [5], very little is known about what happens when these substances are used repeatedly in very small amounts. Microdosing has started to make its way onto radars as both a unique lifestyle choice and possible avenue for research into treating mental illness. However, it needs to be approached with caution and its effects better understood for us to confidently classify it as beneficial, benign, or hazardous. So let’s dive in and take a closer look at what microdosing is all about.

What’s in a dose?

Which substance is taken, for what purpose, in what amount, and at what frequency, are all important variables that factor into the user’s microdosing experience. As I mentioned before, “microdosing” means that the person will take a much smaller amount than a typical recreational dose. This usually means about one-fifth to one-tenth of a dose, 10-20 ug of LSD or 0.2-0.5g of psilocybin mushrooms[6]. In terms of frequency, many users use the protocol of dosing once every 3-4 days, since residual effects of each dose can be observed for a few days. Of course, age, physical and mental health, body composition, history of substance use, and about a gazillion other factors (give or take) can also contribute to how the individual feels when microdosing. In addition, there’s no standard (or agency to create one) for a “recommended” dose, adding to the risk of taking too much or experiencing adverse effects.

Although LSD is the substance most commonly used in microdosing [3], psilocybin (“magic mushrooms”), MDMA, and even ketamine have reportedly been used. Accordingly, LSD and ketamine are being investigated in clinical trials as possible treatments for depression and ADHD, psilocybin for anxiety and addiction, and MDMA for post-traumatic stress disorder (PTSD) [7][8]. For example, in one research study using 2 different mouse models of depression, experimenters found that mice administered ketamine displayed fewer depressive symptoms than control mice, without observable side effects [9]. It’s important to note here, however, that in this study and in clinical trials, these drugs are tested in single, large doses. Microdosing represents a distinct way in which these substances are consumed; prolonged periods of testing with smaller doses could very well yield a very different result than those found in clinical studies. In addition, because we’re pretty physiologically different from mice and rats–surprising, I know–effects observed in lab animals won’t necessarily apply to humans.

Although the mechanisms through which these different drugs may exert their effects during microdosing are still largely unclear, we do have some general understanding of how they might affect the brain. For example, both LSD and psilocybin alter the brain’s levels of serotonin, a neurotransmitter that is commonly thought to contribute to feelings of well-being and happiness [10]. When ketamine reaches the user’s brain, on the other hand, it blocks the transmission of a neurotransmitter called glutamate, which leads to downstream effects thought to contribute to ketamine’s antidepressant properties [11]. Exactly what these effects are, however, is still unclear, and ketamine’s mechanism of action within the body is also largely unknown. MDMA affects release of a host of neurotransmitters including serotonin, dopamine, and norepinephrine, and it is often mixed or contaminated with other substances which affect the way it acts in the body. This can lead to a broad range of subjective experiences and therefore carries a higher risk of negative health effects [12].

Dosing with a Cause

Even though little is known about how substances used in microdosing act in the body, some sufferers of mental illnesses such as depression, anxiety, and PTSD have found that microdosing provides lasting relief from their symptoms. If microdosing can indeed provide these benefits, it could potentially have a huge societal impact considering mental disorders are distressingly common. More than 1 in 3 people in most countries fit criteria for a mental disorder at some point in their life [13], and depression alone affects 400 million people globally [14]. You’d expect that with so many people suffering from these mental illnesses, we’d have come up with effective treatments by now. Although many people with these disorders experience decreased symptoms of with the help of tried-and-true methods such as cognitive behavioral therapy and antidepressants, up to 50% of sufferers do not respond to these treatments [15]. In addition, even people who respond well to existing medications often experience unpleasant side effects from dizziness to suicidal ideation [16]. Thus, we are in desperate need of an effective treatment for mental illness that works quickly and doesn’t come with a slew of unwanted effects.

An increasingly popular off-label alternative to psychiatric medications, microdosing appears at first glance to address many traditional medications’ aforementioned shortcomings. For one, it seems to have a much quicker effect. While psychiatric medications such as SSRIs can take up to several weeks for the user to experience any positive effect (if any), some people who have tried microdosing report experiencing benefits after only a few days with minimal negative side effects[9][17]. Additionally, even for those who don’t suffer from these mental illnesses, microdosing has supposedly helped some users get ahead at work. For example, entrepreneurs and young professionals in Silicon Valley, a high-pressure, fast-paced environment, have a reputation of using ADHD medications like Adderall and Ritalin to focus and power through long work days [4]. Recently, though, many have switched to taking microdoses of LSD and mushrooms instead and are finding increased productivity, heightened creativity, and improved social interactions.  Additional reported benefits include ease of managing stress, an overall sense of well-being, and increased gratitude, and greater empathy[17].

However, one study published just last month investigated the effects of ketamine and psilocin (a derivative of psilocybin) in rats with doses similar to what a person might take in a microdose (adjusted for the size/weight differences between humans and rats) and found that, compared to controls, rats administered ketamine or psilocin demonstrated behavior indicative of slightly increased anxiety [18]. The researchers acknowledged that these effects are modest and that more research is needed to confirm these findings, but this study nevertheless serves as an important reminder that the reported benefits of microdosing are largely subjective, that effects vary greatly from person to person, and that long-term usage might have adverse consequences that are presently unknown.

So what does the future of microdosing look like? It’s pretty clear that we have a lot more to learn about microdosing, and it will likely be many more years before we can say with confidence whether or not the practice of microdosing indeed has any merited use in the treatment of mental illness or as a general cognitive enhancer. Moreover, until we better understand how substances used in microdosing behave in the brain, we won’t be able to say whether sub-perceptual doses of these substances actually provide the benefits some have claimed, address the root cause of some mental illnesses, or pose a serious health risk. Although there are still many unknowns surrounding the use of these substances, microdosing has emerged as a new, exciting avenue for research into both the substances themselves and the neurochemical disruptions underlying mental illness. Stay tuned!

← THE OPIOID EPIDEMIC: A SOBERING VULNERABILITY OF THE HUMAN BRAIN taste of science: a fest to feed your curiosity →