Home » History » We Shall not Repeat the Evil: The Destructive Power of the Atomic Bomb

We Shall not Repeat the Evil: The Destructive Power of the Atomic Bomb

A Memorial to Peace 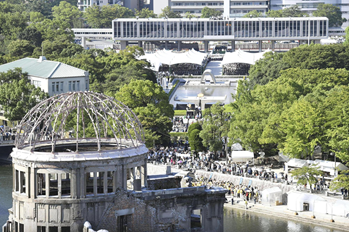 Every August 5th at 8:15 A.M., a resonant bell loudly rings throughout Peace Memorial Park to mark the anniversary of the Hiroshima atomic bombing. As the bell rings, thousands of plaintive guests sit and reflect upon the proof of mankind’s inhumanity, and for a minute a siren booms across the healing city that many thought would cease to exist over 70 years ago. Survivors and invited diplomats alike, along with relatives and citizens whose resilience rebuilt the city, pay tribute to the dead in silence, hoping for a world that would never have to experience the horrors of an atomic bombing ever again. While justification for its use in 1945 will be perpetually debated, the world at large learned about the impersonal, destructive damage that an atomic bomb delivers on impact. Over the following months and years after the bombing, scientists would discover the long-lasting, insidious effects of radiation sickness that would plague survivors for the rest of their lives. As current international politics struggle over nuclear disarmament in Iran and North Korea, let’s take a moment to remember the events that led up to this catastrophe, and what is at stake for the victims of nuclear weapons.

Radiance of a Thousand Suns 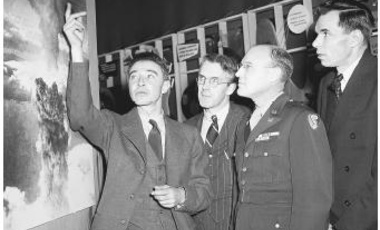 I am become death, the destroyer of worlds. – J. Robert Oppenheimer

Robert Oppenheimer, considered one of the fathers of the atomic bomb, famously quoted this verse from the Bhagvad Gita while witnessing the first nuclear explosion test at Los Alamos, less than a month before its use at Hiroshima. Years of top-secret research had led to this fateful day, and the realization that a Pandora’s Box had been opened flashed brightly in an instant. He recalled in a later interview, “We knew the world would not be the same.” The survivors of the Hiroshima and Nagasaki bombings, known as the hibakusha, have become a testament to the world’s transformation. With an average age of over 80, over 100,000 hibakusha remain to share their stories.

A Blinding Flash, and Nothing Moved 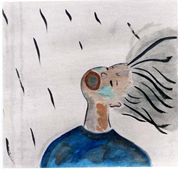 With their mouths wide open. 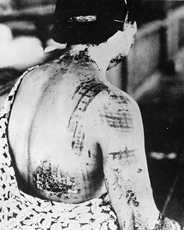 Over 90% of people within 500 meters of ground zero died near-instantly. Those within 2 kilometers received flash burns from the intense heat created by the explosion, compounded by blast compression and trauma from flying debris. Survivors 4 kilometers from ground zero, shielded by local terrain or by being underground, described the immediate aftermath, gazing at the black soot that rained on the ruins of their city.  “Their skin was peeling off and their clothes burned. They stretched their arms out, the skin hanging down from the tips of their fingers,” Keiko Ogura recalled. “They were like ghosts.” Local fallout, composed of residual radioactive material propelled into the upper atmosphere, turned into contaminated “black rain” after mixing with the carbon residue of the citywide fires. Dissolved radionuclides carried by the atmosphere came in direct contact with those below, creating what appeared like localized sun burns on the skin.

Within 24 hours, symptoms of acute radiation syndrome (ARS) presented among survivors. ARS is caused by exposure to ionizing radiation: the emission of energy powerful enough to free electrons from molecules. When in contact with human tissue, this type of radiation damages DNA, leading to structural degradation of tissue as cells lose their ability to divide normally. Low-doses of ionizing radiation present themselves as nausea and vomiting in a patient, while increasingly larger doses begin to affect the central nervous system via seizures, headaches and tremors that are invariably followed by death. 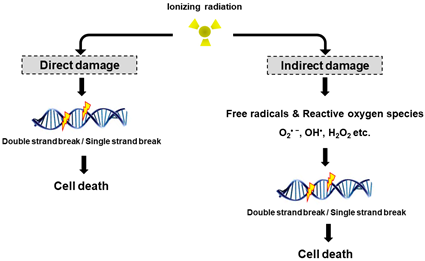 Sunao Tsuboi, a 20-year old university student at the time, recalled, “There were charred bodies everywhere, including in the river. I looked down and saw a man clutching a hole in his stomach, trying to stop his organs from spilling out. The smell of burning flesh was overpowering.” 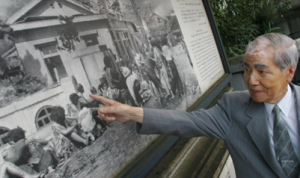 Tsuboi has been in the hospital 11 times since then, sometimes near death, with new ailments being diagnosed as a result of long-term radiation sickness. The cancers he is currently under treatment for are not uncommon among the hibakusha, yet the true healthcare ramifications of unleashing the atom bomb were not fully understood until Japanese researchers began to conduct studies on these survivors less than a year after the war ended.

The Atomic Bomb Casualty Commission (ABCC) was created in 1946 under President Truman’s orders to conduct research on the latent effects of radiation among atomic bomb survivors. Alongside the Japanese National Research Council, they found that cancer was the greatest long-term risk from exposure to a nuclear bomb. This is thought to result from the damage that ionizing radiation can cause to DNA structure. For example, high exposure to ionizing radiation may lead to severed double strands, resulting in newly separated and different pieces of DNA. Accumulation of these mutations leads to the development of cancers throughout the body. Among the cancers reported in hibakusha are nervous system cancers, such as Schwannoma, a tumor developed from Schwann cells. These cells are a type of glia, whose role is to support the function of brain cells, typically by myelinating their axons for expedient transmission of neural signals. Data from pregnant survivors showed that cancer could also develop as a result of in utero exposure; exposure to high levels of radiation as an embryo resulted in the birth of babies with microcephaly, a neurological condition by a smaller head size compared to healthy children of the same age and sex.

Sadly, research on the hibakusha was less than ideal. Cultural barriers and an ostracization by their Japanese compatriots led to feelings of resentment towards researchers at a time when the program refused to provide treatment in conjunction with their experimentation. Over time, the ABCC was replaced by the joint U.S. – Japan Radiation Effects Research Foundation (RERF), which has continuously carried out epidemiological research for over 70 years, providing medical care for survivors and establishing international radiation protection standards.

As the Cold War reared its head, attempts to heal the victims of the bombings took place. The “Hiroshima Maidens”, a group comprised of 25 woman survivors, were flown to Mount Sinai Hospital in New York to undergo reconstructive surgeries in the mid 1950s. At around the same time, the heartbreaking story of Sadako Sasaki came to an end. Sadako was two years old when the bomb fell one mile from her home in Hiroshima. In 1955, she was diagnosed with leukemia as a result of her exposure to radiation. Her story spread throughout the country as it became known that she had set her mind to folding 1,000 origami cranes at the suggestion of a friend. The inspiration came from a Japanese legend calming that achieving this goal would be rewarded with a wish. She wished to live. At crane #644 she became too weak to keep going, passing away in October of that year. Her legacy can still be found near ground zero, where paper cranes folded by visitors from all over the world adorn the surroundings of a statue erected in her honor. 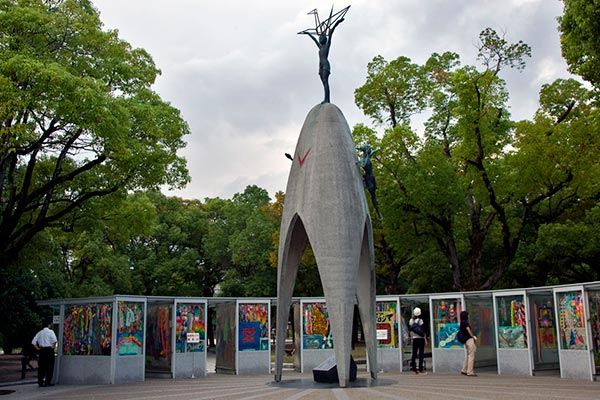 There lays hope that the world can learn from its mistakes. Following the height of the Cold War, the world’s stockpile of nuclear weapons was dramatically diminished. In 2010, Obama and Russian President Dmitry Medvedev signed the New START treaty, which aims to reduced strategic nuclear missile launchers and warheads by 50%. But a stark reality remains, those in power may not necessarily want a peaceful outcome. Nuclear weapons are a delicate topic, one that requires skillful diplomacy as the U.S. prepares to tackle negotiations of nuclear disarmament with Iran and North Korea. Yet history is known to repeat itself, and our current leader is on the record for saying: “Let it be an arms race.”

← The Rise and Fall and Rise of Genetic Memory Does imagination make us human? →