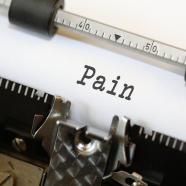 Disparities in the Treatment of Pain Experienced by Black Patients

Recent events in the United States, namely the murders of two Black Americans George Floyd and Breonna Taylor at the hands of police, have thrust racial policies and violence faced by Black Americans onto the national and global stage. To be clear, the racism faced by the Black community is not new, has been known for some time, and should have been addressed by all of us and by our nation. Protests around the United States have focused on police brutality against the Black community. It has recently been estimated that 1 in 1,000 Black men will be killed by police in their lifetime, which means that this fate is 2.5 times more likely for a Black man compared to a white man [1]. In addition to police brutality, part of what is especially significant about this current movement is that the societal conversation has expanded to include a discussion of how racism pervades so many of our country’s systems and institutions. We have a duty to understand other injustices faced by the Black community based on systemic and institutional biases that have persisted since before the establishment of the United States.

In health care, there have been instances of overt racism against the Black community. One of the most notable cases is the Tuskegee Syphilis Study (1932-1972), in which Black men with syphilis were not informed of their diagnosis in order for researchers to study the progression of the disease, even after penicillin was found to cure syphilis. However, less obvious forms of bias against Black patients have continued to permeate the medical field based on erroneous beliefs about physiological differences between Black and white bodies. One example of this that continues today is the undertreatment of pain in Black patients.

What biases exist in the treatment of pain in Black patients today?

Peer-reviewed research has shown that Black patients are undertreated for their pain symptoms as compared to white patients, and that this disparity spans age groups and causes of pain. In children, postsurgical narcotics are less likely to be prescribed for Black children. This is especially true for doctors that self-report bias toward white patients [2]. In cases of surgical appendix removal specifically, one study found that while painkillers were given to similar numbers of Black and white children, only 20% of Black children in severe pain received an opioid drug, while 43% of white children received an opioid, the standard of care for severe pain [3].

In a study of adults receiving treatment at the emergency department for bone fractures, only 57% of Black patients received a painkiller, while 74% of white patients with similar fractures and complaints of pain in their medical records did [4]. In a study of 280 patients receiving treatment for cancer, Black patients were found to be in more pain-related distress and had a harder time functioning in their regular lives due to pain, indicating that pain in this group of Black patients was not adequately treated [5]. Similarly to Black children, a long running study of visits to the emergency room in the United States from 1993-2005 indicates that Black adults are less likely to receive an opioid prescription for their pain than white adults [6]. Indeed, a meta-analysis (a scientific publication that compiles the results from many different individual scientific studies), Black patients were 14% less likely to receive opioid drugs to treat surgical or traumatic pain, and 34% less likely to receive them for non-surgical pain (like backache or migraine) than white patients with the same maladies [7].

Where do these biases come from?

In the novel “Stamped from the Beginning: The Definitive History of Racist Ideas in America,” author Ibram X. Kendi explores the origins of perceived differences in the physical bodies of enslaved Africans and the “ideal” white European. Africans brought to the United States and Central America as slaves to be forced into back-breaking labor were seen as athletically superior and less prone to pain and injury, views probably more used to justify slave labor than based in medical fact. In truth, though some studies aim to quantify differences in pain sensation among patients of different races, there is no evidence that Black and white patients exhibit significantly different pain thresholds (the intensity of a pain stimulus where a patient reports the experience as painful), meaning that patients of different races process painful information in the same way. Black patients actually often report higher levels of pain severity and accompanying depression in chronic pain syndromes [8].

Despite this empirical evidence to the contrary, the incorrect assumption that Black patients are more resilient to pain persists among members of the public, as well as health care professionals. One study asked the public, nurses, and nursing students to rate the amount of pain they would expect themselves to be in in a variety of situations (like stubbing your toe on a chair) and then asked about the same situations again as experienced by hypothetical Black and white patients. The study found that all of these groups consistently rate pain experienced by a Black person as less than a white person, even in the same pain-inducing situation [9]. Additionally, when shown images of Black and white faces in increasing levels of pain, white study participants tend to less readily perceive painful expressions on Black faces, suggesting that white viewers are more stringent in their assignment of “pain” to Black patients [10].

Most strikingly, a 2016 study [11] directly found that medical students and residents hold surprisingly incorrect views of perceived physiological differences between Black and white patients. The students were given a list of biological traits compared between Black and white patients and asked to respond with whether the statement was true (“Blacks are less likely to contract spinal cord diseases”) or false (“Blacks’ skin is thicker than whites’”). Surprisingly, 25-50% of medical students and residents agreed with this false statement about skin thickness. A smaller portion of the medical students also agreed with the incorrect phrase “Blacks’ nerve endings are less sensitive than whites’”. As nerve endings are the communicators in the skin important for relaying touch and pain information, this erroneous assumption has major implications for the treatment of pain in Black patients. To determine whether these incorrect beliefs about physiological differences in Black bodies could affect treatment of hypothetical Black patients, the researchers also asked the medical trainees to provide an estimate of pain level and course of treatment in case studies involving patients of different races. Medical students that had more false beliefs about Black bodies were more likely to estimate the pain level of white patients as serious, and less likely to provide the accurate pain treatment plan for Black patients.

How can we avoid these biases?

Despite the best intentions of a majority of the medical field, misperceptions and implicit bias against Black patients and inequities in the treatment of pain persist. What can we do to avoid them?

Dr. Janice Sabin of the University of Washington School of Medicine suggests that the first step is to continue to collect data on pain treatment in Black patients and implore doctors and researchers to investigate their own biases. On the institutional level, employers should require health care professionals to take educational courses on implicit bias, as well as specifically educate against these biases in medical training. Additionally, standardized checklists of appropriate care for patients given empirical medical data may help take some of the guesswork out of providing appropriate care and avoid individual implicit bias [12].

Furthermore, since pain diagnosis and treatment often rests upon self-reports of pain from patients, more objective measures of pain may help lessen disparities between patients of different genders and races. While patients’ self-reports of pain are incredibly important and valid, objective measures may help make a physician’s response to these reports less subjective and therefore less subject to bias. Researchers at Brown University are attempting to use recordings of electrical activity in the brain through electrodes placed on the scalp in a process known as electroencephalography (EEG) to look for signatures of pain in brain activity that can be used to diagnose pain and determine the efficacy of pain treatment. Another group of researchers at Indiana University endeavors to use molecules in the blood as markers for specific types of pain to better understand which drugs can be used to treat that pain [13].

Though the experience – and consequently the treatment –  of pain is complex and personal, there are clear inequities in the treatment of pain in Black patients. These inequities  may have their basis in incorrect understandings of the physiology of Black patients and long held (and inaccurate) perceptions of how Black patients deal with pain. Education of individuals and healthcare institutions on the origins and current state of these biases, as well as the expectation that individuals and institutions actively work against these biases, can allow for the equal treatment of pain experienced by Black patients.