Home » Evolution » Perks of Being a Trichromat 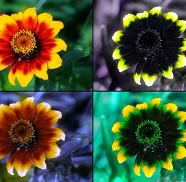 Perks of Being a Trichromat

As a youngster, many excursions with my grandmother would end with her pointing out the breathtaking combination of hues that graces the sky during golden hour. She would be sure to mention the weather predictions that stem from our folklore: Warm mixtures of pink and lavender, she would tell me, means that tomorrow will be a hot day. Though I recognized that society at large used color in various aspects of life, and though I was constantly appreciative of the chromatic aesthetic of the world, as a kid I never truly tried to visualize in my mind’s eye what an achromatic (‘colorless’) world would look like. Not until my first year of high school that is, when I read The Giver by Lois Lowry and watched the 1998 comedy/drama Pleasantville (Figure 1). And, admittedly, it wasn’t until my first year of graduate school in neuroscience that I really thought deeply about the biological machinery that allows us to process one of the most defining aspects of our visual surroundings: Color.

Figure 1: To the left, a scene from the movie adaptation of The Giver.The story takes place in a dystopic futuristic society that is devoid of (among other things) color. To the right, a scene from the 1998 movie, which tells the story of two teenagers who get stuck in a black and white TV show called Pleasantville. Status quo is disrupted when citizens of Pleasantville and their surroundings start to turn colorful as they experience novel concepts and emotions.

What I find to be the most fascinating feature of human color vision is termed color constancy. Color constancy simply refers to the phenomenon that no matter what luminance conditions you are under – whether walking outside on a very sunny day, lounging in the shade of a building, or indoors playing with your cat in your lamp-lit home — you will perceive the color of a given object to be the same. Below is my attempt to demonstrate this phenomenon with my trusty mustard yellow shirt (Figure 2).

Figure 2: Me in my mustard yellow t-shirt under different luminance conditions. The inset depicts squares cropped from each image of my t-shirt, side by side. What is amazing to see is that, when you take patches of the t-shirt out of their luminance context, they look quite different.

Despite the fact that the amount and spectral content of light hitting my eyes was drastically different in each environment I am photographed in, I (and any human observers around me) perceive the color of my t-shirt to be yellow in each case. It’s easy to take for granted our visual system’s ability to accomplish color constancy, especially without pausing to think about how complicated of a problem our brain is solving as it interacts with the world. The problem, in a nutshell, is how to extract reliable information in an ever fluctuating luminous world. Imagine how tricky it would be to operate in the world if you couldn’t count on color as being a reliable dimension of your visual experience. For instance, it would be quite dangerous if drivers perceived traffic light colors differently under the changing luminance conditions of our daily cycle. Harkening back to an older time, hunter gatherers presumably used reliable changes in the color of fruit to gauge which fruit were ripe and ready to eat (Figure 3). These examples hopefully give you a flavor of how useful visual systems that reliably and invariantly perceive color can be, particularly from an evolutionary perspective.

The problem, in a nutshell, is how to extract reliable information in an ever fluctuating luminous world.

Not one, not two, but THREE.

How is it that some primate species (including humans) have particularly rich color vision with the aforementioned features? The answer is that we are lucky to have three types of something that is critical to color vision, rather than two or one as in other organisms. In fact, this is why we can describe ourselves as trichromats. Without further ado, I will reveal that the thing that we have three types of is called a cone cell. Cone cells are photoreceptors residing in the back of the eyes (retina) along with other photoreceptors called rod cells, which mostly come into play under dimly lit conditions (depicted as the light purple layer on the right of Figure 4). The activation of cone and rod cells affects the activity of cells in other layers of the retina. The output cells of the retina called retinal ganglion cells then carry signals into the brain proper (depicted as the light orange inner layer on the right of Figure 4). Fun Fact: This intimate connectivity of the retina with the brain proper is the reason why the retina is considered to be a part of the central nervous system. 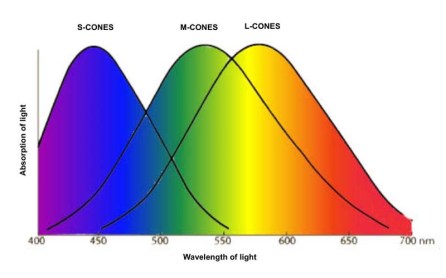 Figure 5: Using a glass prism, one can demonstrate that white light is actually composed of many different wavelengths (‘colors’) of light.

Many vertebrate visual systems like that of cats and dogs contain two sensory pigments, one sensitive to shorter wavelengths (<500 nm, analogous to S cone pigment) and one sensitive to longer wavelengths of light (>500 nm). Thus an outstanding question is how a third sensory pigment with a different spectral sensitivity emerged across evolution to produce trichromatic color vision. It appears that approximately 30-40 million years ago, duplication and recombination events concerning the gene for the pigment sensitive to longer wavelengths occurred, which presumably led to the emergence of the similar L and M cones in primates (Nathans, 1999).

An observation that you may have made when examining Figure 6 is that the absorption curve of each cone cell type is fairly broad. The implication of this observation is that while each cone cell type can be relatively easily activated by its peak sensitivity wavelength, they can also be activated by other wavelengths of light. So theoretically, a brighter, but non-peak sensitivity, wavelength of light can still activate a cone cell as its peak sensitivity wavelength can—it’s just a question of how much brighter it would need to be to cause the same level of activation. Therefore, when just using the activity of one cone cell type, the information that can be gleaned is ambiguous. In other words, if we only had one cone cell type, we would not be able to distinguish between variations in brightness and wavelength.

With two cone cell types, there is an opportunity to compare the activity output between the two types to circumvent the aforementioned problem. And yet, this still leaves a processing ‘blindspot’ so to speak. Take the M and L cones for instance: If those were the only two cone cell types we possessed, the monochromatic wavelength of light that activates both of them equally (i.e. where the M and L absorption curves intersect in Figure 6, roughly corresponding to yellow-green light) would be indistinguishable from white light. This is because the sensation of white is essentially the equal activation of all available cone cell types.

With the three S, M, and L cone cell types, there is no point in Figure 6 where all three cone absorption curves intersect, so neither of the above two problems plague a trichromat’s color processing ability. Indeed, the relative activation of each of the three cone cell types at each position of visual space must be compared in the brain to infer color. And this is precisely why color constancy can be achieved by our visual system– namely that no matter what luminance conditions we’re under, what is important is how the three different cone cell types are being activated relative to one another. Thus, in a way, our experience of color is the direct consequence of unequal activation of the three types of cones we possess in our retina, and a comparison computation that our brains perform on this unequal activation. Of course, further processing of color information has to occur at various levels of the visual system beyond the retina, but the number of cone cell types in the retina constrain the processing that can ultimately occur at later stages in the brain.

Thus, in a way, our experience of color is the direct consequence of unequal activation of the three types of cones we possess in our retina, and a comparison computation that our brains perform on this unequal activation.

Once I understood this fundamental computation that is being performed by our visual system, I was yet again floored by the elegant solutions to ecological problems that biology can provide. And I still marvel at the fact that color is ultimately not a property of the outside world per se, because there is no straightforward relationship between the wavelength composition + amount of light reflected off an object and the object’s color. Rather, color is something that emerges through the ‘lens’ of the brain.

← How much does your brain pay attention while you’re asleep? Postictal Blues →