Home » Cognition » Shocking the brain to protect your memories

Shocking the brain to protect your memories

Have you tried turning it on and off again? You may be *shocked* to hear it, but recent studies have shown that administering small electric currents to the brain could protect older people from memory loss. A research paper that came out this month showed an even more acute way to prevent memory loss and a novel treatment [1]. A group at Boston University found that using unique frequencies of alternating current for 20 minutes a day, for four days in a row, reversed the natural declines in working and long term memory that come with aging. Surprisingly, these effects lingered even after the electricity was turned off, and were found to remain for at least a month after the sessions of brain stimulation. This finding provides further support for using brain stimulation to improve cognitive functions.

The memory task at hand

The study by the Reinhart Lab at Boston University uses transcranial alternating current stimulation (tACS) at very small currents, targeted in precise regions of the brain that typically show signs of deterioration as aging progresses. 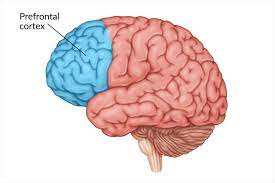 These areas of the brain are involved in mental functions like spatial navigation- which tells us where we currently are and how to get where we need to go- as well as other cognitive abilities related to memory. In order to coordinate these cognitive abilities, networks of brain cells pulse repetitively at different frequencies, forming so-called oscillations. The synchrony of these frequencies are a critical part of transferring information between brain regions, and importantly, consolidating memory. It is thought that these pulsing frequencies known as oscillations are important to signal to the structure important for memory in the brain to store that information, but if the oscillation does not function properly or is not in sync, then the memory cannot store properly either. As people age, these oscillations are found to slow down [2], and while these circuits of brain cells are still connected, they are now out of sync. This results in impaired memory, for instance it becomes more difficult to remember where you placed your keys or someone’s name.

The idea behind tACS is that the currents will re-couple out-of-sync oscillations in the brain so that the network can function properly. Undergoing this treatment is non-invasive and does not require surgery. Instead, tACS involves wearing a cap that is like a swimming cap that is studded with small electrodes. These electrodes use magnets to induce small currents in the brain While still far from becoming a potential therapy, this study has provided interesting insights into how we can treat memory decline going forward. Using electrical currents to “reboot” brain circuits isn’t anything new. In fact, brain stimulation is commonly used in Parkinson’s Disorder by surgically implanting a device to restore movement ability and also non-invasively in certain cases of depression to alleviate symptoms. 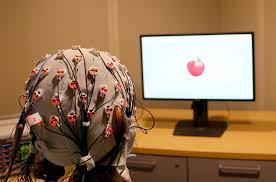 In order to test if their method helped with memory loss, the Reinhard Lab used a specific memory task. First, they only used healthy subjects, i.e. people who did not have dementia, aged 65-88. Over the course of four days, the participants were asked to recall five lists of twenty words while undergoing the electrical stimulation for 20 minutes. Over the course of these four days their ability to recall these words improved. The lists were changed each day. Some of the tasks tested more short term memory, remembering the list of the day, and some of the tasks tested long term memory, remembering a previous list from a different day, and electrical current was applied to regions of the brain involved with both. After a month of no treatment, the subjects were tested again and still had elevated performance.

Going forward.. So what now?

Unfortunately, using brain stimulation is not going to be a form of treatment available to everyone anytime soon. While this study has promising results, it only used a relatively small sample size of healthy volunteers, so it is not yet known if this technique would actually help someone with dementia. Also, this treatment was only observed for a month and took place one time over the course of 4 days, so further studies would need to extend that time to verify that the treatment is safe as well as understand how durable the effects are. Furthermore, the way the researchers measured memory performance is based on recalling lists of words, not necessarily measuring the success of recall tasks that are more relevant to daily life, such as people’s names, navigation, and the location of objects. Further studies to understand the potential of this treatment will hopefully include larger samples that may also have people with memory problems, and that have more realistic recall tasks. For now, as you wait for approved treatments, the best advice available is to regularly exercise and keep your brain active through lifelong learning. According to Prof Tara Spires-Jones from the UK Dementia Research Institute at the University of Edinburgh,  “…keeping fit and healthy is very protective against cognitive decline and dementia. Taking good care of your body and mind is taking good care of your brain.” [3]

← An Appetite for Epilepsy How model organisms are chosen →