Home » Cognition » Why we LOL 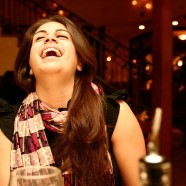 Posted by Rose Hendricks on September 25, 2014 in Cognition | Leave a comment

Humor is a difficult concept to articulate. We might not always know why things are funny, but we do tend to know what kinds of things are funny. It comes in many forms, and general consensus is that things like videos of treadmill mishaps, cynical comics and corny puns are funny.

Luckily, there’s a pretty large body of research that takes humor seriously. Technically, humor is “a positive emotion called mirth, which is typically elicited in social contexts by a cognitive appraisal process involving the perception of playful, nonserious incongruity, and which is expressed by the facial and vocal behavior of laughter.” [1]

Not surprisingly, Freud had a few thoughts on humor. He believed that it helps us relieve inner tension that arises from our constant desire for things like food and sex [2]. Jokes allow us to express our anxieties in a lighter way, so the things we find funniest are those that provoke just the right amount of anxiety, and that happy medium will naturally vary from one person to the next.

The core of Freud’s theory – that funny things are satisfying because they make us uneasy – is supported by current humor research. We’re constantly making predictions about our surroundings, especially the things we see and hear, and for something to be funny, it needs to violate those expectations. When we detect an incongruity and resolve it in a way that brings about an emotional reward, humor is born. Here’s an example of something that’s funny because it makes us a little (or more than a little) uneasy:

Since humor comes in so many different forms, many areas of the brain are involved in processing things that are funny. A few of these areas include:

The past, present, and future walk into a bar… It was real tense.

In addition to invoking cognitive processes, humor also has a strong emotional component. The neurotransmitter dopamine is most associated with humor, and its presence has been interpreted as providing the rewarding feeling we get when something is funny [2]. In one fMRI study, activity in the ventral tegmental area, nucleus accumbens, and amygdala, often considered collectively as the dopamine reward circuit, was positively correlated with the humor intensity (or funniness) of the cartoons that people viewed. A number of other studies have also uncovered increased amygdala activity during humor processing [3]. In addition to its importance for emotional processes, the amygdala is also a relevance detector, helping us select only the meaningful inputs from a constant stream of incoming information [6].

Since humor is such a big part of human culture, it’s natural to wonder what purpose it serves beyond momentary pleasure. Most accounts of humor fall under three main theories. The first is the superiority theory, which suggests that one of humor’s main functions is to maintain social order and encourage bonding since it allows people to express frustrations in a positive way [8]. One way that humor helps people bond is by establishing an in-group and making fun of others on the outside. This seems to be the tactic taken in the Mac vs. PC commercials.

Related to the superiority theory, the tension-relief theory asserts that humor’s main role is to get rid of pent up stress [8]. On a general level, positive emotions also build resilience that can increase life satisfaction [9]. Laughter is also a great stress reliever and has been linked to better overall health [10]. Laughter releases endorphins, which not only contribute to euphoric feelings, but also decrease pain perception [11]. It can also be an outlet for expression in times of stress. One pronounced example is the laughter epidemic that occurred in Tanzania and lasted for months, spreading from one village to the next. Dismal living conditions – overcrowding, strict rules, and poor food quality – are often cited as the stressors underlying the “laughing disease.”

Many people believe that humor can be healing, but research on this topic is inconclusive [15]. Some studies have shown positive effects of humor on neuro-endocrine and stress hormones [7] and cardiovascular disease recovery [5]. Most of these studies have focused on humor that induces laughter, though, so it will be important for future research to investigate whether healing and analgesic effects result from the actual humor, laughter, or both. Studies that have operationalized humor in a way that doesn’t involve laughter have found less encouraging effects on health. For example, one study found that entertainers and comedians tend to die earlier than their (assumed) less humorous counterparts [16], suggesting the reverse relationship between humor and longevity (more likely, though, the comedians and entertainers in the study had other lifestyle differences that are irrelevant to humor that influence their health).

Finally, some people explain humor’s function by the sexual selection theory, suggesting that humor is an indicator of a person’s (usually a male’s) reproductive fitness [8]. One study tested this hypothesis by staging actors in a bar [12]. Although the conversations weren’t audible, it was evident that one man was consistently making all the others laugh. If the joke teller approached a woman after a few minutes of this skit, he was three times more likely to receive her phone number than if one of the other guys at the table approached her.

Humor is a complicated cultural process, involving much of our brain and bootstrapping on areas with other primary functions. For this reason, it’s likely that the three theories for humor’s purpose aren’t mutually exclusive, but that just as there are many types of humor, there are many reasons it’s a deeply ingrained facet of human life. Whether it truly makes us healthier or helps us select a mate, it does seem to help us battle stress and confront harsh realities:

← this, that and the Other Lithium: Wonder Drug? Part I →