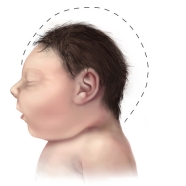 Zika and the Brain

If you have been able to capture a glimpse of any news OTHER than the ongoing disaster which is the American 2016 Presidential Election, you may have caught wind of another wave of (more global) disaster: newly uncovered effects of the Zika virus.

Zika first came into the spotlight when it was linked to severe consequences for pregnant women and their newborn babies. Doctors in Brazil noticed a co-occurrence of a condition that is known as microcephaly, which causes abnormally small and sometimes misshapen heads in infants—a pretty horrifying condition. What’s more, there is now evidence that Zika can induce brain- and central nervous system (CNS)-related disorders in adults, including autoimmune disorders that are similar to multiple sclerosis in nature. Perhaps the most fascinating bit of the Zika virus puzzle is that most adults who are infected show short-lived, mild symptoms (a rash, headache, joint pain), or no symptoms at all.

Zika is carried by the same type of mosquitoes that carry the more well-known Dengue virus, and both are found in Central and South America (see Figure 1 for locations where Zika is found). But unlike the Dengue virus, Zika can be transmitted not only through mosquito bites but also sexually, making the disease even more dangerous. Reports of sexually-transmitted cases of Zika have now been observed in the U.S., though most current cases are linked to travel in affected areas. However, experts say that a Zika epidemic in the U.S. is unlikely. 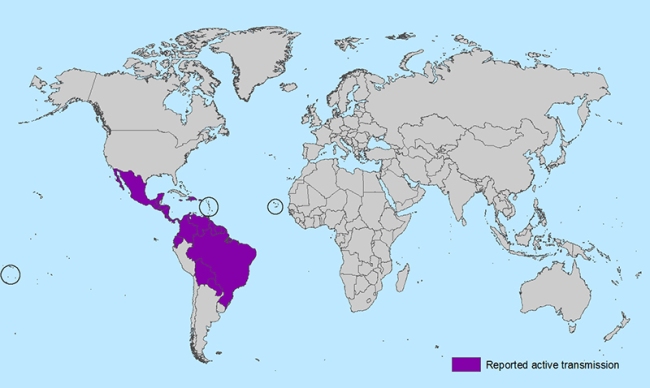 So how do we understand the risks that Zika poses? How can it be that a virus which is usually relatively mild in adults can inflict so much damage on a newborn? And, just maybe, might the various outcomes of the Zika virus (which, in rare cases, can have serious consequences for adults) tell us anything about now the nervous system is organized and defends itself against intruders? Reader, beware: I warn that you may be left with even more questions after reading on.

MICROCEPHALY AND THE DEVELOPING BRAIN

A complex cascade of molecular signaling sets the stage for early brain development. During the first month of development, some molecular signals tell cells where to go within the embryo, and other molecules inhibit these signals. For example, a set of molecules called WNTs direct cells to the back of the brain, and a second type of molecule called Dickkopf (ddk1) reduces WNT signaling. If something goes wrong, and ddk1 doesn’t do its job at the right moment, too many cells will migrate to the back of the embryo. Cells that might have been pre-cursors to neurons could get redirected and have a completely different fate. Too few cells directed toward the front of the head could lead to a condition like microcephaly [1].

After the stage is set, the developing brain performs an impressive feat: neurogenesis. Before neural pathways and connections can be established, neurons first have to be generated! Within the cortex, pre-cursors to neurons begin to divide rapidly. Cells that go on to find their place in the developing layers of cortex are termed “post-mitotic,” meaning they will no longer divide.

After the massive wave of neural proliferation that happens by week 18, the brain still has a long way to go. The formation of axons, which can form long-range connections between neurons, and synapses, which are local connections between cells in the brain, are processes which are still occurring when a child is born, and continue to occur throughout childhood (and, to some extent, through the lifespan).

ZIKA AND AUTOIMMUNE DISEASE IN ADULTS

In the U.S., most media reports have focused on the risks of Zika for pregnant women who might be traveling to areas with Zika (or whose partners might). However, recently, Zika has also been associated with an autoimmune disease with a lengthy name: acute disseminated encephalomyelitis (ADEM for short). ADEM is most similar to multiple sclerosis (MS), a more well-known autoimmune disease. As its name suggests, ADEM impacts the brain function of myelin, which is a fatty wrapping for axons in the brain. Myelin is made of oligodendrocytes, a form of glial cells, which act to “insulate” axons so that electrical signals can move more rapidly. Symptoms of ADEM range from less severe (nausea, vomiting) to more severe (including paralysis or even coma). So far, only preliminary reports of the association between Zika and ADEM have been presented, which is important to keep in mind (though a few other studies have linked Zika to disorders involving myelin [4-5]). But should they hold, they suggest that Zika, while appearing to have vastly differing effects during gestation and adulthood, does seem to specifically target certain types of brain cells—namely, glia.

HOW DOES ZIKA ENTER BRAIN CELLS?

While there are many missing pieces to the puzzle of how the Zika virus has its potentially diverse effects on the brain, scientists are beginning to put together some answers about how Zika enters cells and, ultimately, which cells are at risk. 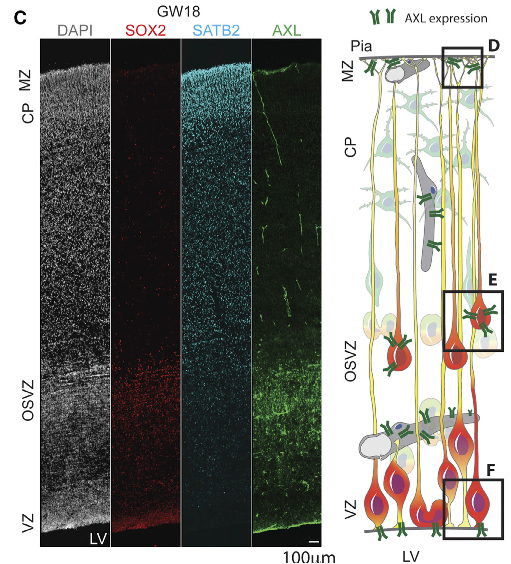 Recently, a team of researchers at UCSF has shown that a receptor called AXL can provide part of the answer [6]. AXL is a protein that sits on the surface of cells and acts as a gate for the Zika virus, in particular. Prior to their study, AXL was already known to permit entry of the Zika virus in human skin cells. It turns out that during neurogenesis, AXL is specifically expressed by human radial glial cells in the developing cortex (see Figure 2)—more so than other genes which permit Zika entry. Based on these findings, the authors suggest a tantalizing hypothesis: that when the Zika virus enters the developing brain, it targets radial glial cells because they express AXL—and by destroying these cells, which are so important during the earliest stages of neurogenesis, the result is microcephaly.

This exciting hypothesis lends hope——perhaps it will lead to progression in the pursuit of preventive measures for Zika. But for the moment, Zika is spurring scientists to a new field of research in both basic science and medicine, and one result will surely be the discovery of new knowledge.