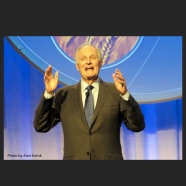 Posted by Catie Profaci on June 30, 2016 in Uncategorized | Leave a comment

“Communication is not something you add to science; it is of the essence of science” –Alan Alda

Do you remember the last step of the scientific method?  Discovery? Publication? Patent? Tenure? Drug development?

No.  The final step of the scientific method that many of us learned back in elementary school was “Communicate your results!”  Communicate.  It is part of the scientific process, and yet scientists are notoriously terrible at distilling their work into an understandable form.  This is not because they are far superior in intelligence, nor is it because the work is too complicated for the public to understand.  The root of the problem lies in the training that scientists receive.  When it comes to training, that last step of the scientific method is often entirely overlooked.  Consequently, the public’s exposure to science comes not from scientists themselves but from journalists’ flashy articles that litter Facebook newsfeeds—“11 Diseases Coffee Can Prevent” or my favorite, “A Glass Of Red Wine Is The Equivalent To An Hour At The Gym, Says New Study.”

Along with others at NeuWriteSD, I am passionate about science communication and am always on the lookout for ways to improve.  Luckily, Alan Alda (yes, of M.A.S.H. fame!) shares this passion and has established the Alan Alda 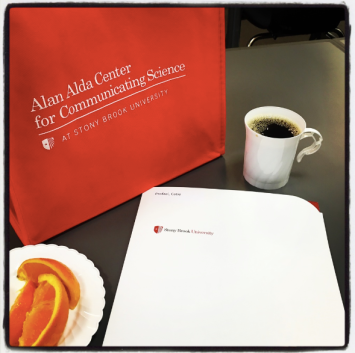 Center for Communicating Science at Stony Brook University in New York.  I jumped at the chance to attend a week-long Science Communication Boot Camp at the Alda Center earlier this month.  The group was an eclectic mix of people from graduate students to tenured faculty, from microbiologists to astrophysicists, from medical students to those in science policy.  And we came not only from all across the U.S. but also from all corners of the globe–Australia, Germany, Guam, Saudi Arabia.  Despite our vastly different backgrounds, we shared a common goal: improving our science communication skills.

When I received an email with the boot camp schedule, I will admit I was nervous.  Monday, Tuesday, and Wednesday each started with three hours of “Improvisation for Scientists.”  Improv?! For three hours?!  I’m not funny!  And I hate speaking on the spot!

But as the week progressed, I came to understand that this was not improv in the sense of stand-up comedy, but rather practice in staying calm and in-the-moment regardless of how the scene progressed—improv actors never know what situation they are going to be thrown into next.  The other bootcampers and I began to embrace the improv mantra “Yes, and…” which entails accepting whatever arises and building off it rather than fighting it.  Improv was practice in building a connection with someone else, practice in internalizing and responding to that person’s thoughts and actions.

At first, these exercises seemed like the ridiculous ice breakers that one might do at summer camp—imagine a group of adults standing in a circle, pointing at one another yelling “zip, zap, zop” or people in pairs pretending that they were siblings who had just won the lottery.  But by the end of each morning, we began to realize that not only were we having a total ball getting to know each other, we were also learning important lessons related to science communication.  All communication is, at its core, a back-and-forth between two or more people.  Communication is about personal connection. 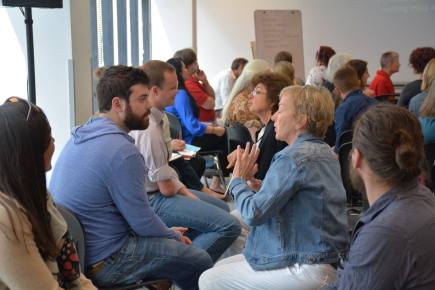 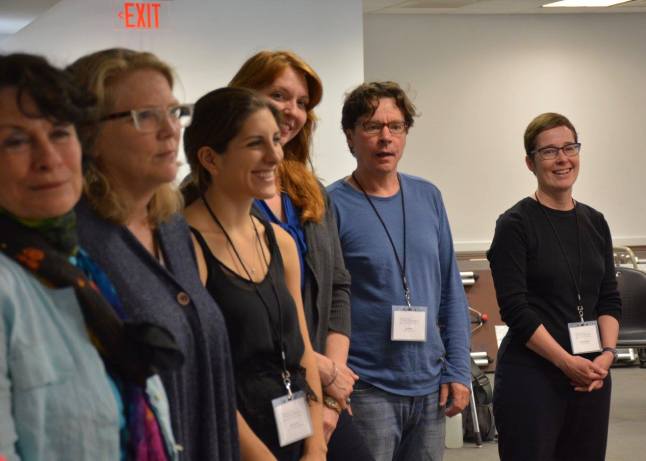 In the mirror exercise, two people stood facing each other.  One was the leader and one was the follower.  The leader started to slowly move, and the follower mirrored  each movement while trying to maintain eye contact.  The goal was to make this mirroring so smooth and immediate that an onlooker would have difficulty determining which of the pair was leading the motion.  After a while, our instructor said “switch” and the follower became the leader.  This was an entirely silent exercise, but despite the lack of verbal communication, each of us gradually became deeply in tune with the person across from us.  The awkwardness and discomfort faded, leaving only concentration and connection.

How can this be applied to communicating science? Before and during an instance of science communication, it is necessary to build a relationship with your audience.  Make eye contact.  It is important not to talk at them but rather to constantly focus on that connection and adapt accordingly.  Are they listening?  Do they look confused?  Bored?  If so, change your course.  Ask them questions to engage them or to further understand their level of background knowledge.  Make the conversation a dynamic interaction.  Don’t be afraid to let them lead.

We sat in a small semi-circle.  One-by-one, we each stood in the center of this circle holding up a blank sheet of paper.  The paper represented a photo that was important to us, whether it was a physical photo sitting on our desk at home or the mental image of a vivid memory.  We each described our photo—the people or the scenery.  And then we described the moment and its meaning.  This was one of the most intense hours of the week.  One by one, we let our guards down, becoming entirely vulnerable as we shared an important piece of our lives.  There were laughs and tears and goosebumps.  Weeks later, I still remember many of the pictures that my fellow bootcampers presented as if they were photos that I had seen with my own eyes.

The lessons we learned from this were twofold.  Of course, this exercise highlighted the incredible power of imagery.  An audience can immediately engage with an image, and a simple image can increase both understanding of a scientific concept as well as retention of that information.  Perhaps even more importantly, introducing a personal element into science communication can revolutionize the conversation.  Tell a story.  If an audience can relate to you, if an audience cares about you, they will care more deeply about what you have to say.

One morning, we were told to separate into pairs.  One person gave a three-minute summary of his or her work, and the other person gave feedback: Was the message clear? Was it engaging? What was the most interesting part? What changes could or should be made?  Then the one who gave the speech gave it a second time, altering it in response to the other’s comments.  After this, the roles were reversed and the commenter became the speaker.  At this point, we thought the exercise was over.  Little did we know that our next instruction would be to get up one-by-one and give the 3-minute speech to the whole group… not our own speech, but our partner’s!

The surprise was fun but was also incredibly helpful.  Listening to our partners talk about our work, we each came to understand what parts of our talk had come across as the most important or the most interesting, what had stood out enough for them to remember and repeat.  Some of us discovered a part of our research that we didn’t realize would be so interesting to a stranger hearing it for the first time.  Some of us realized that we had been emphasizing the wrong parts of our work, burying the important message.  Some of us recognized that our metaphors had failed us or that we hadn’t conveyed the excitement or urgency underlying our research.  I am certain that we all kept these things in mind when preparing our final presentations.

On the last day of bootcamp, we each presented a final three-minute speech.  I was struck with overwhelming pride for my fellow bootcampers.  I had heard many iterations of their research throughout the week, and the improvement was incredible!  Some had added stories that made their work more relatable.  Others had honed in on the perfect metaphor.  Others had a new sense of confidence.  I also cared about each one of them personally, and that made their science come alive for me. 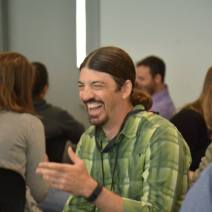 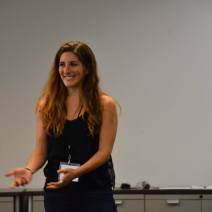 To wrap up, I want to share a few of the most important lessons that I took away from bootcamp.  Many of these are applicable to any form of verbal communication, so keep reading even if you’re not a scientist!

Now, go forth and #scicomm!

Folder/Coffee photo by author. All other photos by Kate Fullam, Alan Alda Center for Communicating Science, 2016