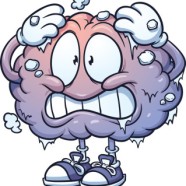 Graduate students have it pretty rough. But we knew what we were getting into — being underpaid for several years in the hopes of contributing to an important scientific discovery and eventually getting that PhD. What we didn’t know was that Congress would draft legislation to make our lives even harder. The version of the tax bill already passed by the House of Representatives would require graduate students to pay tax on our tuition, which can be greater than our actual income. This would take money out of our pockets, make graduate school financially impossible for all but the wealthy, and in the long term seriously harm research and technology in the US.

However, it’s not over yet! The House and Senate versions of the bill still need to be reconciled, which means there is still time to contact your representatives to tell them how you feel!

I am a graduate student in Neuroscience at the University of California, San Diego. I’m fascinated by how the brain works — and how it sometimes doesn’t work. Research in neuroscience is vital for discovering treatments to diseases such as Alzheimer’s and Parkinson’s, it has inspired whole fields of computer science, and it leads to a better understanding of the human condition. Graduate students do a large amount of the actual work toward these advancements.

I’m relatively lucky — my program pays $33,000 a year, and the in-state tuition was “only” $16,630 in 2016. However, we never actually see that tuition money — it is usually waived by the university, or paid for by the faculty member supervising our research. Under the proposed tax plan, I would have to pay nearly $1600 more in taxes per year! That’s over two month’s rent. So much for tax cuts.

But wait, there’s a twist. I moved here from a different state, so during my first year, before I established residency, my tuition was the out-of-state price: $31,732 last year. That means that under the the new plan, a first-year student from a different state would owe an extra $4,300 in taxes per year! That’s on top of all the added stress and extra expenses involved in moving across the country. I moved here with my now-fiancee, and she had trouble finding a job for a year. We barely scraped by, and it would have been nearly impossible with $4,300 less. I can’t imagine how hard it would be for graduate students with families.

Most graduate students are even less lucky. Stipends average about $20,000, and many private universities charge tuition of $50,000 or higher. Under the new bill, a graduate student making $20,000 a year at a $50,000 a year university like Columbia or MIT would see an annual tax increase of $7,600! Their monthly income would decrease from $1,585 to just $945. Depending on where they live, that may not even be enough to pay rent.

The tax bill wouldn’t completely eliminate graduate education. It would take a sizable chunk of money out of most of our pockets, and a huge chunk of money out of some of our pockets. The long term effect would be to discourage young, promising students from even applying to graduate school, especially those from low income backgrounds unable to supplement their meager incomes. Fewer qualified students even applying to graduate school would mean fewer people to carry out the cutting edge research occurring in universities across the country, fewer professors, technologists, entrepreneurs, and ultimately less progress.

Thomas Jefferson wrote “Freedom [is] the first-born daughter of science.” This proposed tax legislation would harm science and education, directly restricting the freedom of every American who wants to pursue advanced training and contribute to research and innovation. Contact your representatives if you support our freedom to pursue education!