Home » Emotions » Take a Trip Down Memory Lane: the study of nostalgia 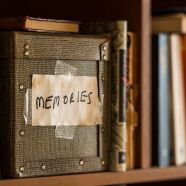 Take a Trip Down Memory Lane: the study of nostalgia

Posted by Susan Lubejko on May 7, 2021 in Emotions, Memory, Mood, Neuroscience | Leave a comment

Living through a global pandemic with limited access to friends, family, and fun has undoubtedly left many of us feeling emotional. Perhaps you’ve been listening to music during your many hours at home and a song has come on that forces you to reminisce on a particular trip you took with your best friend in college. Maybe you revisited an old hobby like baking bread that takes you back to simpler times as a child helping your mom in the kitchen. In these moments, you are experiencing nostalgia, characterized by an often bittersweet yearning to return to a previous time and place. What are the characteristics of this surprisingly understudied psychological phenomenon? What role may this type of thought play in our wellbeing?

While current definitions of nostalgia include descriptors like “sentimental,” the experience of nostalgia has a surprisingly negative past. The word itself comes from Greek roots meaning “return” and “pain,” evoking the suffering one would feel by yearning for times past. The term also has long been entwined with the idea of homesickness, and throughout history, nostalgia was seen as a psychiatric disorder due to the incidences of anxiety and depression associated with acute homesickness [1]. Other sociological stances see nostalgia as a severe barrier to progress, as many believe we benefit only from moving forward, not reflecting on the past [2].

It wasn’t until later in the 20th century that nostalgia was redefined as distinct from homesickness and as having a variety of positive connotations. Spearheading the most recent effort to redeem nostalgia is a collaborative group of researchers from the United States, United Kingdom, and China that has made considerable strides in defining nostalgia by its content and triggers, as well as determining how nostalgia can actually promote physical and mental health.

First, what kind of thoughts and feelings characterize nostalgic rumination? By studying autobiographical narratives from magazines or directly asking participants to provide written narratives of nostalgia, the researchers found that nostalgic thoughts mainly center around people, major events, and settings. In a large majority of cases, the person wrote themselves into a “major role,” indicating that a sense of self is an important facet of nostalgia. However, nostalgic thoughts also appear to have an important social component, as only 5% of narratives included the writer as the sole actor [3].

Perhaps surprisingly to anyone contemplating nostalgia before the late 20th century, nostalgic feelings were actually quite positive, if bittersweet. While the researchers couldn’t be exactly sure of each author’s feelings while writing about their nostalgia, they found that the narratives had more expression of positive than negative sentiment. Interestingly, the researchers also found that about 70% of the narratives followed a “redemption sequence,” meaning that a rocky start to the memory gave rise to a positive ending (e.g. reflection on a close family member’s funeral ends with happy memories of the family pulling close together to celebrate a life) [3].

Furthermore, the researchers asked participants questions to help understand what is most likely to trigger their nostalgic feelings. Although it appears counterintuitive, participants actually experience more nostalgia when they are in a negative mood. The researchers even performed a second experiment where they induced negative emotions in participants by having them read unpleasant news stories (compared to neutral or positive news stories read by other participants) and found that those in a negative mood rated more highly on measures of nostalgia [3]. Other common triggers for nostalgia are more predictable based on experience and include things like social interaction (waxing nostalgic with a group of friends) or a sensory input (like hearing that song or the smell of your bread baking).

The unexpected result that nostalgia is most common when a person is in a bad mood begs the question of whether nostalgia isn’t simply a passive emotion, but actually functions to prop up our mood and counteract harmful forces on our psychological health. After studying the content and triggers for nostalgia, the same research group speculated on possible functions of expressing this emotion. To test this, the researchers asked study participants to get into a nostalgic mood by reflecting on a past event that they specifically felt sentimental about. The control participants simply reflected on an ordinary event that had happened to them that week. Using a battery of clinical surveys, the researchers found that nostalgic participants scored better on measures of social bonding, self-regard, and general positive mood [3].

Nostalgia also appears able to bolster our mental health in times of loneliness. Both by assessing existing loneliness in children as well as manipulating levels of loneliness in university students using carefully worded questionnaires, a group of researchers in China found that 1) loneliness results in a loss of perceived social support, 2) loneliness increases incidences of nostalgia, as expected from the results above connecting increased nostalgia to negative feelings, and 3) nostalgia leads to increased perception of social support. Given these findings, it appears that while loneliness causes a decreased feeling of support from others, loneliness may also recruit nostalgia to counteract those feelings [4].

Can nostalgia affect our physical wellbeing?

The fact that feelings of nostalgia can positively affect our perceptions of wellbeing make it a potentially powerful tool to support mental health. But what about physical comfort? While the mind and the body are often seen as two separate entities, there are many examples of our psychology having a direct effect on our physical experiences. For example, placebo drugs often provide pain relief to patients simply by expectation of relief despite the “drug” containing no active compounds. The same group of nostalgia-minded researchers were particularly interested in the idea that nostalgia is often described as “warm” and “glowing.” Could nostalgia actually change a person’s perception of temperature?

To answer this question, the researchers looked at temperature and nostalgic thoughts in a few different ways. First, they placed participants in cold, regular room temperature, and warm rooms, and found that participants in the cold room were more likely to feel emotions resembling nostalgia. This seems counterintuitive, like the idea that nostalgia comes on strongest when in a negative headspace, but suggests that maybe the participants recruited nostalgia most in the cold room in order to feel warmer. Second, the scientists induced differing levels of nostalgia in different participants and later asked them to estimate the temperature of the room they were in. The participants experiencing more nostalgia estimated the room to be a few degrees warmer than their non-nostalgic counterparts. Finally, the scientists induced nostalgia in a group of participants, then had them place their hands in an ice bath for as long as possible. Compared to those that weren’t feeling reminiscent, nostalgic patients were able to withstand the cold water for a longer amount of time [5].

The future of nostalgia research

While a lot of progress and rebranding of nostalgia has occurred over the past few decades, there is much to be discovered about the phenomenon. Nostalgia is still studied by only a select few scientists, and the studies mostly rely on prompted patient reports of their psychological and physical state, which may not catch all of the nuances of the topic. In fact, a more recent study followed diary entries of participants that were not prompted to feel nostalgic and simply found the instances in which they were clearly thinking of events past. The analysis of their thoughts and emotional states suggested that nostalgia has more negative undertones than expected, meaning that nostalgia may be a more positive experience only when a participant is prompted in the right language to feel that way and that the positive psychological outcomes might also rely on this strong positive prompting [6].

Notably, very little is known about the connections between nostalgia and the brain itself as the driver of the behavioral and physical changes. A single study exists to show that nostalgia may affect some of the dynamics of broad electrical signaling in the brain, but the researchers were unable to meet their original goal of determining whether nostalgia could alter electrical signatures related to loneliness to provide further backing for some of the psychosocial research discussed above [7]. The authors studying changes in physical perception of temperature during nostalgia note that our most current research of the anterior insular cortex position that as a possible brain area where nostalgia could be working its magic, as this part of the brain processes everything from emotion and awareness to interoception (our perception of what is going on inside our own bodies) [5,8].

While there is still a lot to be learned about how nostalgia actually functions in the brain under a variety of circumstances, these preliminary efforts motivate future efforts to understand this common phenomenon. In the meantime, next time you find yourself reflecting on the past, take a moment to ask yourself, how does nostalgia make you feel?

← How Metal can regain its Sound: the Science of Cochlear Implants WHAT DO SCIENTISTS DO APART FROM SCIENCE? →