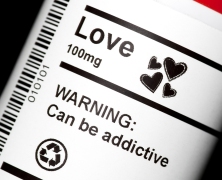 Fatal Attraction: What is Sex and Love Addiction?

Have you ever been in love? Has it made you do crazy things? Whether it was sending your lover bundles of flowers, stalking their social media (or stalking them in person), or boiling a rabbit in a pot of water, we’ve all been there. We know that love is enthralling. It is potent enough in […]

The Neuroscience of Stress

Not to brag, but I would consider myself to be an expert in stress – not the study of it, but because of how often I’ve experienced it throughout my adult life (yay, grad school!). If you’re reading this article, I’m guessing you can think of a time when you’ve experienced stress, whether that’s cramming […]

Recently I was lucky to spend seven days on a catamaran out at sea with a small group of (COVID-vaccinated) friends. We traveled around the Gulf of California, witnessing truly amazing sights like manta rays jumping out of the water, sea birds diving into the water, and turtles floating along in the swell. This was […] 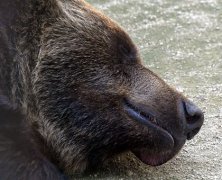 The Big Sleep: How We Hibernate

As December deepens, we rapidly find ourselves coming up on the first day of winter. Though winter officially begins on the 21st, many animals began their preparations for the season far earlier this year. Any birdwatcher could easily tell you that most birds migrated south a long while ago, and any hiker could tell you […] 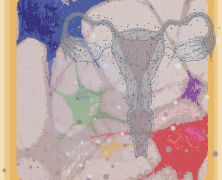 Have you heard of Lonesome George? The tortoise? He was long known as the rarest creature in the world, because he was the last existing individual of the Pinta Island tortoise species in the Galapagos Islands before he died in 2012 [1]. The existence of every species on earth is dependent on successful reproduction. If […]

Love in the Time of PCR

(Image credit: CellPress)  Renowned geneticist George Church caused a stir last month with his idea for a brand new dating app, in which users submit their DNA for sequencing as a critical part of their profile.  Church’s app, “digiD8”, doesn’t connect tech-savvy singles who love all-things-90’s, as the name implies, but rather matches users based […] 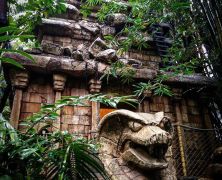 Snake Eyes: The Fear That Built Your Brain

Indiana Jones is a quintessential American hero, his fedora, satchel, and whip instantly recognizable around the world. He lives a double life, a scholarly professor of anthropology in public and a globetrotting treasure hunter in private. He defeats the Nazis and always gets the girl, displaying daring and fearlessness, with one notable exception. He has […]

Hormones: What Boys and Girls are Made of?

Once upon a time, a little boy named Bruce was born. The boy had the promise of a happy, normal life, until one day during a botched medical procedure his penis was destroyed beyond repair. His parents searched desperately for help, worried about little Bruce’s future. Their search led them to a psychologist who assured […]

Valentine’s Day is a time for expressing love, and while its title may initially conjure up socially normative images of candle-lit dinners, long-stemmed roses, and canoodling with a romantic partner, I’d like to take this opportunity to talk about the kind of love that prevents our species from dying out: that of a mother and […]