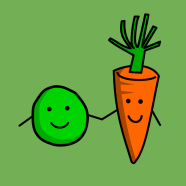 I’m always keen to hear how scientists are able to reach out to their communities, whether it is by talking to young students about research opportunities, by tutoring or teaching, or by taking steps outside the lab to make direct links between research and the community. At this year’s meeting of the Cognitive Neuroscience Society (CNS), one of the invited symposia, entitled “The Broader Applicability of Insights from Developmental Cognitive Neuroscience”, focused on some of great links between developmental neuroscience and the community. One talk by John Gabrieli, professor of Cognitive Neuroscience at MIT, addressed the relationships between socioeconomic status (SES), elementary schools, standardized tests, and cognitive measures like IQ and processing speed [moral of the story: the elementary school you attend affects your standardized test scores, but not your IQ]. Here, I’ll focus on a talk by professor Helen Neville focused on how to train attention and reduce at-home stressors for kids coming from lower-SES backgrounds in order to buffer attentional skills from a young age. The moral of this story? Do all you can to create a stress-free, positive home environment, and give kids plenty of structured time to focus on tasks that require selective attention and suppression of distractions.

Neville’s group champions an evidence-based approach to education programs based on their work using both electrophysiological and behavioral outcome measures of attention in children. In a randomized study [1], they targeted selective attention, i.e., the ability to selectively “tune into” and engage with material/tasks, a skill that is known to be imperative for high function in early school years [2] (and beyond) which may be impaired in children from low-SES backgrounds [3], possibly feeding into an array of skills which impact educational readiness [2]. Furthermore, it is thought that the ability to engage in selective attention is malleable and may be enhanced with appropriate training (e.g., [4-5]). Neville’s group therefore hypothesized that a rigorous student- and parent-based attentional training program might increase selective attention and impact educational outcome measures in preschoolers.

Neville and colleagues focused on children enrolled in Head Start, a nationwide program providing a transition to school, pre-kindergarten, for children of low-income families. Neville’s group was interested in including comprehensive environments in the training program, targeting not only children’s immediate selective attention abilities but also parents and the home environment. Lower-SES families are associated with having greater overall levels of stressors in the home environment compared to higher-SES families [6], which may feed into children’s brain development and neurocognitive abilities, including selective attention. As a consequence, Neville’s group decided to include basic parenting skills in their training program.

In their experimental group (called the Parents and Children Making Connections—Highlighting Attention, or PCMC-A group), parents attended a weekly 2-hr meeting for 8 weeks while children attended a small group session devoted to addressing attentional and emotional regulation. For instance, in one attentional game, some children were required to carefully color pictures within the lines while simultaneously ignoring other children around them playing with balloons. [Honestly, when I learned about this, I had such a strong reaction that I wasn’t sure whether to laugh or cry–on one hand it seems so cruel to give only some of the children balloons, but on the other hand, what an ecologically valid way to teach children how to ignore distractors!]

Parents in the PCMC-A experimental group were given specific parenting advice designed to reduce stress in the household. For instance, parents were advised to give children choices, but in a specific way, allowing them to choose between two alternatives (“Do you want to go to bed now, or in five minutes?”; “Do you want to have peas or carrots with dinner?”) rather than giving extreme directives (“Go to bed!”) or asking open-ended questions (“What do you want for dinner?”). Two control groups were also included, including a Head Start-only group (with children enrolled in Head Start but not participating in any other activities) and an “Attention Boost” group including only academic (but not emotional/attentional) training for children which was equivalent in number of hours to the experimental group.

The outcome measure of greatest interest was an attentional response indexed by event-related potentials (ERPs). ERPs are the the averaged responses time-locked to stimuli of interest in an experiment. In this case, they were time-locked to target stimuli in an auditory attention task. Children listened to two stories presented simultaneously, one to each ear. One of these was attended, and one was not. The critical stimuli were syllables (like “ba”) that were embedded sometimes in the attended and sometimes in the unattended story.

For the PCMC-A group (but not for the other control groups), increases in amplitude in an early ERP component for attended (compared to unattended) stimuli was observed, arguably suggesting that these children specifically benefited from their training and exhibited increased attention (see Figure 1). In addition, the PCMC-A group also showed gains on behavioral measures including nonverbal IQ and language comprehension. As for the parents, those who were in the PCMC-A group reported that they subjectively felt less parenting stress compared to parents who had been assigned to the control groups. Finally, the researchers analyzed unstructured play sessions between parents and children and found that parent-child dyads in the PCMC-A group had more balanced turn-taking after the training sessions compared to the other two groups.

Figure 1. Event-related potentials for attended (blue) and unattended (red) stimuli. Children who underwent training in the PCMC-A experimental group showed a greater difference between attended and unattended items in an early (100-200 ms) time-window after training compared to before training. None of the other groups showed this benefit. Source: Neville et al., 2013 [1].

When interpreting these results, Dr. Neville stressed the importance of reducing stress for both parents and children. In fact, part of the emotional training for the children involved exercises in managing emotional reactions. For instance, one form of training involved showing kids a poster of a bird and asking to them take a deep “bird breath” while reflecting on their actions, rather than react reflexively. Many of the directives for parents were aimed at reducing overall levels of stress in the home and encouraging specific praise and noticing when children behaved positively (as opposed to negative language use when children misbehave).

There are many potential ways in which the comprehensive PCMC-A training may have impacted children’s neurocognitive abilities in this study; but rather than honing in to determine the specific factors that affected children’s attentional and cognitive abilities, what is important here is to understand that many factors being affected at once may be crucial in order to effect considerable change. That said, one theme that emerges in this work complements a large literature which now shows that when parents are stressed, kids are stressed (even in rats [7], where behavioral stress in parents is passed down to biological markers of stress in their offspring).

The PCMC-A training program is (according to Neville) cost-effective, particularly if outcomes continue in the direction of this study. According to Neville, the estimated cost per year per child of implementing such a program is something around $800, but the benefits from kids who receive early intervention may lead far surpass that initial cost. Evoking visions reminiscent of the parody television show, Portlandia, Neville and her colleagues (who work at the University of Oregon, in Eugene) approached the governor of Oregon with a proposal for a task force to implement the PCMC-A training in large populations across the state. Sadly, unlike Kyle MacLachlan’s fictional Dale Cooper Mayor of Portland, however, politicians in the real-world Oregon have been less forthcoming in engaging with scientists on this particular matter. But $800 for a potential outcome of happier kids who are education-ready? Seems like a great investment to me.

← Numbers in the brain Humor Me →