Why I love SfN

Posted by Ben Cipollini on October 17, 2015 in SfN, Uncategorized | 1 Comment

Thanks to Ms. Amazing, it’s now cliche to say, but damn… I effing love SfN. For the uninitiated SfN is a thirty thousand person international conference for neuroscience–a conference so large, only a few cities in the US can handle it. 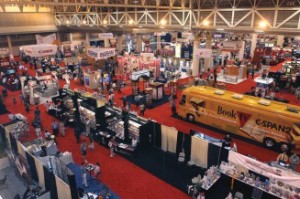 Yes, that’s a giant C-SPAN2 bus is dwarfed by this small section of the “Great Room”. photo credit

For many, SfN evokes fear and dread; it’s truly overwhelming in its size, breadth, and depth. For me, it was love at first “OMFG!!!”. Don’t believe me, scientists? Let’s review the data:

I loathe running, but I actually do it at SfN. One needs wheels to get from talks to posters to talks again. We filled the New Orleans convention center in 2012; it’s so long you you can actually get directions from one end of it to the other on Google Maps. Yes, that map does say “1.0 kilometers”. 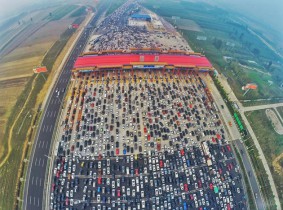 That’s 50 lanes of traffic going down to 20. Photo credit

I hate crowds, but I will fight through the poster session crowds like a salmon heading upstream to spawn, just to get to one more poster before the end of the session. SfN may have more human traffic jams than China has vehicle jams during Golden week… but that won’t stop me from finding out how callosal connections have properties similar to those of long-range lateral connections, or to understand how hemispherectomy affects functional organization. You’d better too; you never know when one of your research heroes might be presenting the poster, or you’ll find yourself standing in front of a poster that winds up in Science just a few months later.

I’m here to spread pre-SfN cheer with y’all. So without further ado, here’s the top five things I love about SfN and why I can’t wait to get there.

SfN is inhuman–with 555 concurrent sessions (all numbers approximate) plus 2000 posters every 4 hours (seriously), only an insane person would try walking around with no plan. Every year, the first thing I do for SfN is to try and list out my research heroes, and the topics I care deeply about.

If that isn’t inspiring and focusing, then check your brain: you may be undead.

Here’s my list for the year; when these people say something, I listen. What’s yours look like?

In a space filled with 30,000 people, it’s really easy to feel small. But I learned that somewhere out there, there is someone who wants to talk to me–they don’t know it, I don’t know it, but if we talk, we’ll get it immediately. 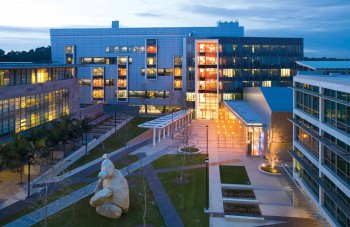 One of my happiest experiences at SfN was meeting Anita Bandrowski at the NIF booth and talking about the virtues of automated HTML scraping. I’d never even been to a SfN booth before (“I do computational modeling, I don’t need instrumentation thankyouverymuch.”) Turns out that Anita has been a champion for open science, data sharing and communication, even lobbying journals to change publishing practices and make data discovery and cross-referencing go … and she works in the building next to mine at UC San Diego.

It’s such a big world; it’s so overwhelming to stay on top of everything that sometimes we miss out on the amazing things our next-door neighbors are doing. I love that SfN can bring me closer to my neighbor by getting us to fly thousands of miles away. Alas, modernity, you win again!

(P.S. Check out the NIF booth and their efforts on research resource tagging (RRIDs). It’s simple stuff that can make science work so. much. better.)

I used to be so damn shy. So shy that my first real date was in my 30s and through online dating. No doubt, I totally embarrassed myself on my first first date. And my second first date. After being a terrible bore on the third, I was on the brink of giving up; no matter how hard I tried, I just couldn’t do whatever I was supposed to do.

Then I realized: I don’t need to do anything. I can just do me. In fact, I can do better than me: I can try to be the person I want to be. Nobody knows me, and if I blow it, we’ll never meet again. So I told myself: stop stressing out, have fun, and whatever shortcomings I think I have, feel free to be the person who overcomes them. I gotta tell you… it works! 😀

This is a great thing about the enormity of SfN. I want to know about long-range lateral connections? Well hell, I can walk up to a poster on long-range lateral connections and ask every question. I don’t have to be scared of showing my ignorance (even though I’ve read 30+ papers about them), or of saying something dumb (even though I have done research on them and so have unique things to contribute to a conversation). I don’t know this person, they don’t know me; there’s nothing to lose. I can stop being shy, be the me I want to be, and just learn!

It sounds so simple, but wow… it was so hard to figure out!

I will go to posters and talks on all of the following topics. I care about a lot of aspects of neuroscience. And yet, I am totally naive about others. And that’s OK! It’s a huge field with many incredible and motivated researchers, it’s impossible to keep up with the few things I did understand at some point, let alone learn about everything (I leave that to Terry Sejnowski).

I can’t wait to hear things I never expected to know about, and look forward to suddenly realizing it’s crucial for what I care to study. Knowing is better than not knowing; it’s the start towards saying something that actually might be right. Thus is the humble life of the scientist.

Here’s my topic list for this year. It’s so much shorter (and easier!) to list my topics of interests than to list all the things I’m naive about…

Hope that gets you revved up for SfN! Feel free to tweet me at @mrquickowl