Home » Español » Science Should Have No Gender 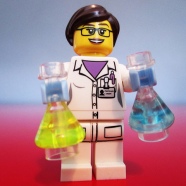 Science Should Have No Gender

I intended this article just to highlight the contributions of women to biomedical science (and science in general) to celebrate International Women’s Day on March 8. But, the further I was in my reading and writing, the more evidence I was finding about how women have been (and still are) quite sadly disregarded in this world of ours that is science.

First, let me kick off this article with some statistics.

According to the UNESCO Institute for Statistics, around 28% of all researchers around the world are women. The percentage of women researchers in Western Europe and North America comes up to 32%, too low if we compare it to the 47% or 44% that we find in Central Asia and Latin America respectively. However, these are statistics and they should not be taken as ultimate proof, since there are factors that might be distorting reality (such as the rise in the cost of an education and the general financial crisis). Nevertheless, statistics are an acceptable starting point for understanding the big picture.

The good news is that the so-called gender gap that was so obvious in STEM (Science, Technology, Engineering and Math) careers in past years seems to be closing. According to the National Science Foundation (NSF), in 2009 48% of graduate students enrolled in science and engineering programs were women, with an astonishing 76% of female students in medical and life sciences.

However, it was not always like this, and many women through history have worked hard to make this possible.

The first woman who studied medicine in the United States (and in the world) graduated in 1849. Her name was Elizabeth Blackwell. Undoubtedly, she was a pioneer and many women have followed that path since then, though not without struggle.

A particularly important and interesting story is the one about the so-called Edinburgh Seven, a group of University female medical students, matriculated at the University of Edinburgh, whose graduation was greatly hindered (and ultimately unsuccessful) due to gender discrimination. Sophia Jex-Blake led this group of students (the first women matriculated in any British university in history) in 1869, formed by Mary Anderson, Emily Bovell, Matilda Chaplin, Helen Evans, Edith Pechey and Isabel Thorne. Allowing these women to participate in mixed-gender classes at the University meant giving them the same rights that men had at the time and this caused a great deal of opposition, including riots to prevent them from attending their exams. Consider that back then, women did not have many of the rights that we take for granted nowadays—American women did not even have the right to vote until 1920, and in the UK women’s right to vote wasn’t the same as men’s until 1928.

Gerty Theresa Cory was the first woman to win the Nobel Prize in Physiology or Medicine, in 1947. This was 46 years after the Nobel Prize in Physiology or Medicine was established. In other fields, women were awarded with the Nobel Prize much earlier, for instance, Marie Curie won the Nobel Prize in Physics and in Chemistry in 1903 and 1911 respectively. However, only 3 more women have been awarded the Nobel Prize in Chemistry since then. Among Nobel laureates in Physics, only 2 are women out of 200 awardees since 1901. Numbers are not incredibly better when considering the Nobel Prize in Medicine or Physiology; there are only 12 female laureates out of a total of 210 awardees. You may argue that the scanty female presence in STEM is the reason for this, which makes me consider that the problem is found much earlier in life; somehow, we must be discouraging young women from pursuing such careers. However, looking at the numbers regarding the remaining categories (i.e. Peace, Literature and Economics), the impression is that gender is a liability if you happen to be a woman, no matter the field we are considering.

More recently, it is worth mentioning Maryam Mirzakhani, the first woman to be awarded the Fields Medal, the highest recognition in the Mathematics world. It blows my mind that this award kicked off in 1936 and only two years ago, in 2014, the first woman received the honor.

Great awards have often passed by female collaborators of the ultimate recipients. The most well-known case is probably Rosalind Franklin, who contributed to defining the double helix structure of DNA thanks to her x-ray photographs of the crystallized molecule. James Watson and Francis Crick, her supervisors at the time, were awarded with the Nobel Prize in Physiology or Medicine in 1962, completely obliterating her involvement in the great discovery, even though she had died a few years before. This is just one of the many examples that exist, and yet we remain oblivious.

I once read a sentence that keeps sounding in my head ever since. Unfortunately I cannot recall where this was, but it was tremendously accurate from my point of view, as a female scientist. It pointed out how unreal seems that in a field, such as science, which strives to erase any bias in its conclusions, shows an inclination to discredit its female contributors. Hopefully, we are heading in a new direction, where gender is just an anecdote and not a criterion for evaluating the quality of achievements.

← They’re Right In Front Of You Heavy on My Mind: Lead Poisoning (Part I) →