“Neurorights” and Why You Need Them

[En español] Most of us, especially those with an interest in technology, are fascinated by all that AI (Artificial Intelligence) and neurotechnologies are achieving. We use it on a daily basis, more than we even realize. For instance, I use Google’s AI-powered predictions pretty much every day to figure out how I can get to […] 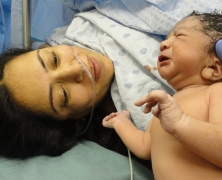 BRINGING JOY BACK TO CHILDBIRTH

[En español] In the US alone, 3 million new moms suffer from postpartum depression, or PPD. Most moms agree that, despite the discomfort during pregnancy and the pain during labor, childbirth is a joyful experience. And I imagine that must be true as many women around the world have more than one child. However, postpartum […]

The Power of Neuroscience Compels You!

[En español] Last February the Vatican announced that it was offering an exorcism training course* for priests. At first I thought it was a great way to celebrate the 45th anniversary of the release of the wonderful horror classic The Exorcist, but as it turned out, this initiative was in response to an alarming rise in […]

[En español] In 1936, a scientist named Gerhard Schrader was hired by the German government to end a bothersome and destructive beetle pest that was devastating German farms. Mixing different molecules (because that’s what we scientists do) he came across the recipe for the deadly nerve agent tabun. Even though his purpose was to create […]

The neuroscience of loneliness

[En español] In this hyperconnected society that we live in, loneliness is an epidemic. We are going through times of profound social change, and the Internet and all the new technologies that go along with it are huge drivers in this, allowing us to remain connected with others without actually having to connect with them. […]

There’s nothing funny about a clown in the moonlight – Lon Chaney [En español] With Halloween just around the corner and the latest clown craze hitting American and United Kingdom cities, it seems like a great time to talk about clowns. More specifically, about fear of clowns, which I recently found out there’s a term for: […]

[En español] Every time someone asks me how I became interested in science, my memory takes me back to the early 90s. I was six or seven, and instead of being amused by princesses and unicorns (I have nothing against them though), I was a huge fan of any movie/series that featured weird creatures, like […]

To diet or not to diet: what does your brain think?

“It is easier to change a man’s religion than to change his diet.” Margaret Mead [En español] In the US, about 50% of 10-year-olds have been on a diet [1]. Seriously. Tips for dieting and recipes for quickly losing weight saturate the media: from the most straightforward of dieting mantras, “eat less, exercise more,” to […]

[En español] Origami (from Japanese words “ori” meaning to fold and “kami” meaning paper) is the art of paper folding. A brain and a sheet of office paper don’t seem to have much in common, but when you crumple up the sheet into a paper ball you are holding the key to one of the mysteries […]

Happiness comes from within

[En español] ‘Folks are usually about as happy as they make up their minds to be’ – Abraham Lincoln. Happiness comes from within. More specifically, from the brain. Surely I am biased when I say the nervous system is incredibly interesting, but I am not the only one who thinks this. The public’s fascination with the brain most likely […]