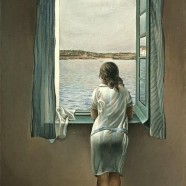 The neuroscience of loneliness

In this hyperconnected society that we live in, loneliness is an epidemic. We are going through times of profound social change, and the Internet and all the new technologies that go along with it are huge drivers in this, allowing us to remain connected with others without actually having to connect with them.

Humans, like it or not, are social mammals. We need to interact with each other, and as a society we tend to organize ourselves in communities. Loneliness – a more poetic term for social isolation – is nothing new. Classic authors have been writing about it for centuries, but it is a lot more than a source of inspiration for the arts and literature. It is a biological mechanism that pushes people to find the social interaction that they lack and need. The brain will push the lonely individual to find someone to interact with, because, as I said above, we are social mammals. We need company because our prehistoric ancestors desperately required company in order to survive; the presence of other human beings ensured protection and support, for themselves and for their offspring [1]. Our brains still think we need to be surrounded by others if we want to survive and thrive.

“Muchacha en la ventana” by Salvador Dalí, 1925. This painting does not necessarily evoke loneliness to everyone, but it does to me.

Of course, loneliness is a natural feeling that everyone experiences at some point in their life. But a chronic state of loneliness cannot do much good to anyone. Chronic social isolation is linked to depression, anxiety, and PTSD. These are real threats to some of the groups most vulnerable to social isolation, who are so often overlooked in terms of mental health [2].

If you google “epidemic loneliness” you will find that people have already asked such questions as: can someone die of loneliness? You may think this is over the top, but the question about loneliness has been raised, and it is starting to be considered as a public health concern in our communities. But what is the physiological mechanism of feeling lonely? And… can loneliness actually kill us?

To answer these questions, some research has been published this year to shed some light on the issue. Researchers found that social isolation affects activation of dopaminergic [3] and serotonergic [4] neurons, which are key to our emotional well-being (check out my previous post).

Matthews and collaborators found that dopaminergic neurons in a brain region called the dorsal raphe nucleus were activated in response to acute social isolation and triggered the motivation to search for and re-engage in social interactions [3].

They studied mice that were either housed together or isolated and tracked their reactions when they were introduced to a new mouse. Mice isolated until that point showed remarkably high activity in that brain region which motivated them to interact with the new mouse in the cage. On the other hand,  mice that were already interacting with other mice (i.e. the mice housed together) showed a lack of interest for the new kid on the block. 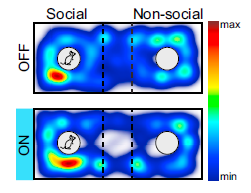 To measure sociability, they used a well-known protocol to study social interactions: the three-chambers test. In this protocol, the mouse is placed in a cage with three different sections. One of them is the so-called “social section,” where another mouse is in place. We expect that the studied mouse (which starts from the central section of the cage) will spend more time exploring the social section and interacting with the new mouse rather than isolating itself in the non-social section of the cage. Because, like us, mice are social mammals. By the power of optogenetics (see our previous post about this amazing technique here), they played with the photoactivation of the dopaminergic neurons in the dorsal raphe nucleus. They were able to switch the neurons “on and off” at will, and study the changes. The researchers found that when these neurons were photoactivated, the mouse spent more time in the social section of the cage, showing an increase in their motivation for sociability.

Interestingly, they also observed aversive behavior when the dopaminergic neurons in the dorsal raphe nucleus were activated but the studied mouse was deprived of the possibility of a social interaction (i.e. the new mouse in the social section was absent). In another experiment, the mouse avoided the section of the cage where it received light stimulation, having learned to relate light to the “lonely feeling.” And due to the absence of another mouse, there would be no relief to its loneliness.

All these results indicate that neuronal connections are potentiated following social isolation, which makes the individual seek the social interaction that they lack. The researchers concluded that the activation of the dopaminergic neurons in the dorsal raphe nucleus is only necessary in isolated individuals, since those are the ones that need social interaction the most.

They compare the craving of company in socially isolated individuals to hunger states that trigger the search for food. Since different neural circuits are involved in the consumption of food because it is yummy or because we are hungry, they hypothesize that a similar situation applies to social interactions, and speculate that different neural circuits may be at play when the subject wants social interaction because it is either rewarding (yummy) or because they feel lonely (hungry). 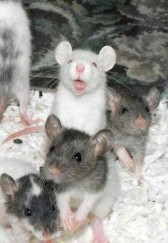 Sargin and collaborators came to similar conclusions to Matthews et al., but through looking at serotonergic neurons instead of dopaminergic neurons in the dorsal raphe nucleus in response to social isolation [4]. They identified SK channels accountable for the alterations in serotonergic neurons after chronic social isolation. So when they blocked these receptors they could treat the anxiety-like and depressive behaviors in the isolated mice (e.g. eating disorders and decreased mobility).

Loneliness, as pretty much all we feel, is controlled by the brain. Although loneliness is considered a negative feeling, science shows that it is actually something we need in order to overcome a situation that may put us at disadvantage. Just like feeling physical pain, this is the way your body tells you there is something wrong. So, loneliness cannot kill us per se, but if it is not mitigated, it might trigger anxiety, stress, and depression that are known to drive to unfortunate outcomes.

Next time you feel lonely, think about your dorsal raphe nucleus. The neurons there are just trying to help you out, listen to them. Find your social interactions and give those neurons a break.

← Stuff and Starve: A Means of Holiday Binging or Healthy Eating? Get your brain fit →