Home » Español » To diet or not to diet: what does your brain think? 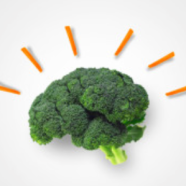 To diet or not to diet: what does your brain think?

Posted by elena vicario on August 25, 2016 in Español, Neuroscience, Neuroscience of appetite | Leave a comment

“It is easier to change a man’s religion than to change his diet.” Margaret Mead

In the US, about 50% of 10-year-olds have been on a diet [1]. Seriously. Tips for dieting and recipes for quickly losing weight saturate the media: from the most straightforward of dieting mantras, “eat less, exercise more,” to sipping weird smoothies or following the carbohydrate-vilifying Atkins diet, from counting and cutting calories to the latest and most ridiculous fad diet from a magazine. And yet, if we review the scientific literature about diets, there seem to be two main conclusions to draw. First, it is true that diets do lead to weight loss in the short term, but the other main conclusion is that these losses are not maintained. After about five years, most dieters are back to their original weight and about 40% of dieters regain more weight than they had initially lost [1,2]. Most diets tend to be structured around deprivation: you forbid yourself to eat certain types of food, for example high-calorie treats. But you can’t really keep this up for very long and eventually you end up caving in. Then comes the guilt. You start doubting your willpower and you blame yourself for it. “If only I had enough willpower, dieting would be easy.” Not quite. The root of the problem may not be your strength of will or self-control, instead it might actually have to do with the neuroscience behind the regulation of appetite and body weight.

Your brain regulates your appetite

Obviously how much you weigh depends on how much you eat and how much energy you burn. However, most people don’t realize that hunger and energy use are controlled by the brain, mostly without us being aware of it. 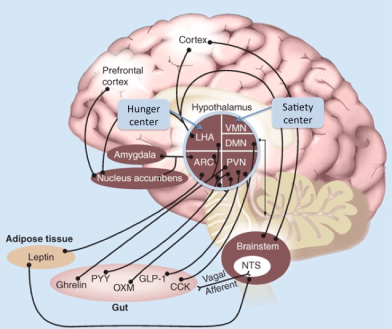 Figure 1: Hypothalamus receives information from other brain regions (prefrontal cortex, amygdala, nucleus accumbens, brainstem and cortex) and from the adipose tissue (fat) and gut to regulate our appetite.

The part of the brain responsible for regulating hunger is the hypothalamus. It gathers information like fullness or the presence of food from other regions in the brain and from your gut and fat tissue. It also has sensors that measure your blood to detect levels of fat, protein, glucose as well as temperature and pressure. The hypothalamus integrates all these data and responds by sending signals that make you eat or burn energy. For many years, scientists have shown hunger was regulated mainly by two centers within the hippocampus: the lateral and the ventromedial hypothalamus. The lateral hypothalamus (LHA) acts like the “hunger center” telling us we are hungry and making us eat, and the ventromedial hypothalamus (VMN) is known as the “satiety center” and tells us we are full and causes us to stop eating. We know now that hunger comes down to a much more complex neural network (see Figure 1) and other centers in the hypothalamus also play a role in controlling our appetite [3].

Why can diets make you gain weight?

The brain also has a sense of how much we should weigh, a weight range of about 10 to 15 pounds called the set point. This range is different for everyone and is determined by genes and life experience [4]. Think of this as a house thermostat that keeps the temperature in your house stable as the weather changes outside. You can try and lower the temperature in your house by opening a window in the middle of winter, but the thermostat is going to respond by warming the place back up in order to keep the temperature the same. Essentially, the same happens with weight and the brain. If you try to lose weight below your set point, your brain sets all the alarms ringing, declares a starvation state of emergency and orchestrates a series of biological and neurological changes in order to get that weight back up to what it considers normal.

First, your metabolism slows down; that is, you burn fewer calories. This is a good thing if you are starving to death and your survival depends on conserving energy, but not helpful if you are trying to lose weight. Second, you produce more hunger-inducing hormones so you are more likely to feel hungry and less likely to feel full after eating the same amount of food. A recent study found that a year after people had stopped dieting their bodies still behaved like they were starving; they had altered hormones and metabolism that set them apart from people who hadn’t tried to lose weight in the first place. They also reported being way more hungry and worried about food than before they lost weight [5], which brings us to the third type of change: the neurological alterations.

When you are on a diet, your brain becomes overly responsive to food. You try your best to not think about eating, and yet food becomes more and more noticeable. This is similar to the “White Bear” effect that is used in psychology to explain thought suppression. If I tell you, “Don’t think about a white bear”, you are inevitably going to find yourself thinking about a white bear.

Not only does your brain make you more aware of the food surrounding you, you also find it more appetizing and tempting, and eating it is more rewarding than it was before. Researchers used functional magnetic resonance imaging to track brain activation of dieters and non-dieters while they were shown images of food and non-food stimuli. Both groups were given a liquid meal and then put in the scanner to record brain activity while looking at either pictures of yummy food like pizza, chocolate cake or ice-cream or neutral images like a car or a tree. In response to food imagery, dieters showed more activity in brain regions associated with hunger, desire for food, and expectation of reward even after having just eaten! In contrast, the non-dieters showed more activation in areas associated with inhibition of further eating or termination of a meal [6]. Studies like this one suggest that losing weight or dieting produces changes in the brain that lead to a greater emotional response to food and induces cravings independent of hunger state– supposedly in order to get back to the pre-diet weight.

So yes, people who diet are more vulnerable to external food cues around them and may be more likely to eat for emotional reasons, but I feel like this has also happened to us all sometime. How many of you have walked into a seminar or a meeting, having just had breakfast, and still eaten a bagel with cream cheese? With fat-free cream cheese, of course, but still. Ever sat down to watch your favorite show with a bag of Cheetos and realized 20 minutes later that you had eaten the entire bag? Or how many times have you wolfed down your lunch in less than 15 minutes while replying to a few emails? External and emotional triggers such as free food, the availability of food in itself, stress or boredom can induce hunger and cravings even when our caloric needs are already satisfied. Let’s call this mindless eating, because it occurs unconsciously. Our modern lifestyle has led to busy, hurried and distracted eating patterns. Eating too fast and without paying attention not only takes all the pleasure out of enjoying the taste of your food, but it can also add pounds to your frame.

Neuroscientist Sandra Aamodt struggled with diets all her life until she stopped and tried to understand what was going on. She narrates in her book, Why Diets Make Us Fat, how exhausting and psychologically damaging it is for a person to try and fight their brain’s set point and to constantly be thinking about not eating. She, as many others did, turned to mindful eating. Mindful eating is not a diet per se or about giving up anything at all. It’s based on the Buddhist concept of mindfulness, which involves being aware of what is happening around you at the moment.

Applied to eating, mindfulness is about experiencing food more intensely (noticing the colors, smells, textures of your food), chewing slowly, getting rid of distractions such as TV or reading, about paying attention to signals of hunger and fullness and learning to deal with food-associated guilt and anxiety. While it hasn’t been demonstrated scientifically that mindful eating can reduce weight, it seems to be a powerful tool to maintain weight stability without deprivation [7]. 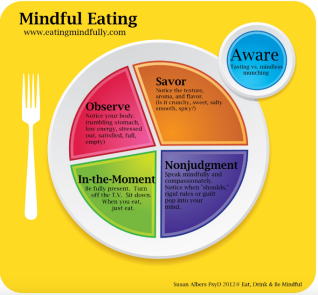 In summary, the long-term result of dieting may paradoxically be the opposite of the desired goal. I just want to finish by circling this back to that first sentence “In the US, about 50% of 10-year-olds have been on a diet”. If as adults we are incredibly influenced by external cues on food and dieting, how hard must this be for children? A study found that girls who had been on diets in their early teenage years had twice the risk of becoming overweight over the next five years and were up to 10 times more likely to binge eat when compared to non-dieters. In fact, dieting is the most important predictor of new eating disorders! [8] In another study, girls were randomly assigned to participate in the eBody intervention, an online platform whose aim is to fight eating disorders by helping adolescents feel better about their bodies. Surprisingly, helping adolescent girls be happy with their bodies and less worried about their weight led to fewer diets and prevented weight gain [9]. It is important to know that when you are trying to lose weight by going on a diet, you are going up against a powerful biological system that runs in the background. Stop blaming yourself and your willpower – or lack thereof. And if dieting hasn’t worked for you, try a more mindful way of eating: eat slower, enjoy your food and listen to your brain’s cues for hunger and fullness.