It’s no secret that watching movies can create lasting impressions on viewers. This is true in cases of medical dramas, where viewers are introduced to rare diseases through interactions with fictional patients seeking help. It is also true of mental health conditions – both in the cases of television and movies, it has become increasingly […]

What is anxiety? Many of us know how it feels; our heart rate increases, our minds race, our palms get sweaty. Maybe it’s before giving a speech or taking a big exam. Maybe it’s because we have so many work deadlines that we’re convinced our bosses think we don’t sleep. Anxiety is an incredibly common […] 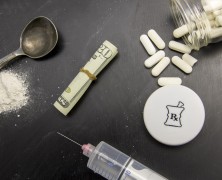 THE OPIOID EPIDEMIC: A SOBERING VULNERABILITY OF THE HUMAN BRAIN

Opioids are a class of powerful psychoactive drugs that are often prescribed for pain relief, but can produce an intense euphoria that has proven remarkably addictive.  Opioid use disorder, a diagnosis characterized by compulsive opioid use and withdrawal, affects or has affected approximately 3 million Americans and 16 million people worldwide.  According to the Centers […] 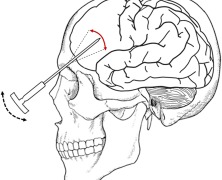 Psychosurgery: from ice picks to electrodes

If you were to hazard a guess at the date of the first neurosurgery, what would you say? An image from [1] showing evidence of brain surgery in a Stone Age skull I’m going to bet that “the Stone Age” didn’t occur to you as a legitimate answer, but a skeleton dated to roughly 5000 B.C. […]

“People are always selling the idea that people with mental illness are suffering. I think madness can be an escape. If things are not so good, you maybe want to imagine something better.” These are the words of John Nash, Jr., the Nobel Laureate who inspired the book and the movie A Beautiful Mind and […]

I’m so happy ’cause today I’ve found my friends They’re in my head What comes to mind when you hear the word lithium? A drug used to manage life-threatening mood disorders? A potentially deadly toxin? A chemical found in trace amounts in many compounds in nature? (Or maybe just the Nirvana song?) Any of these […]

[Image Source: Sebastian Seung via http://connectomethebook.com/.] Since the discovery of patient H.M. in the 1950s (see this post from October 2013), scientists have known that the hippocampus, a seahorse-shaped structure located in the medial temporal lobe, is crucial for the successful formation of new memories. The mammalian hippocampus is characterized by several distinct regions, each with […]